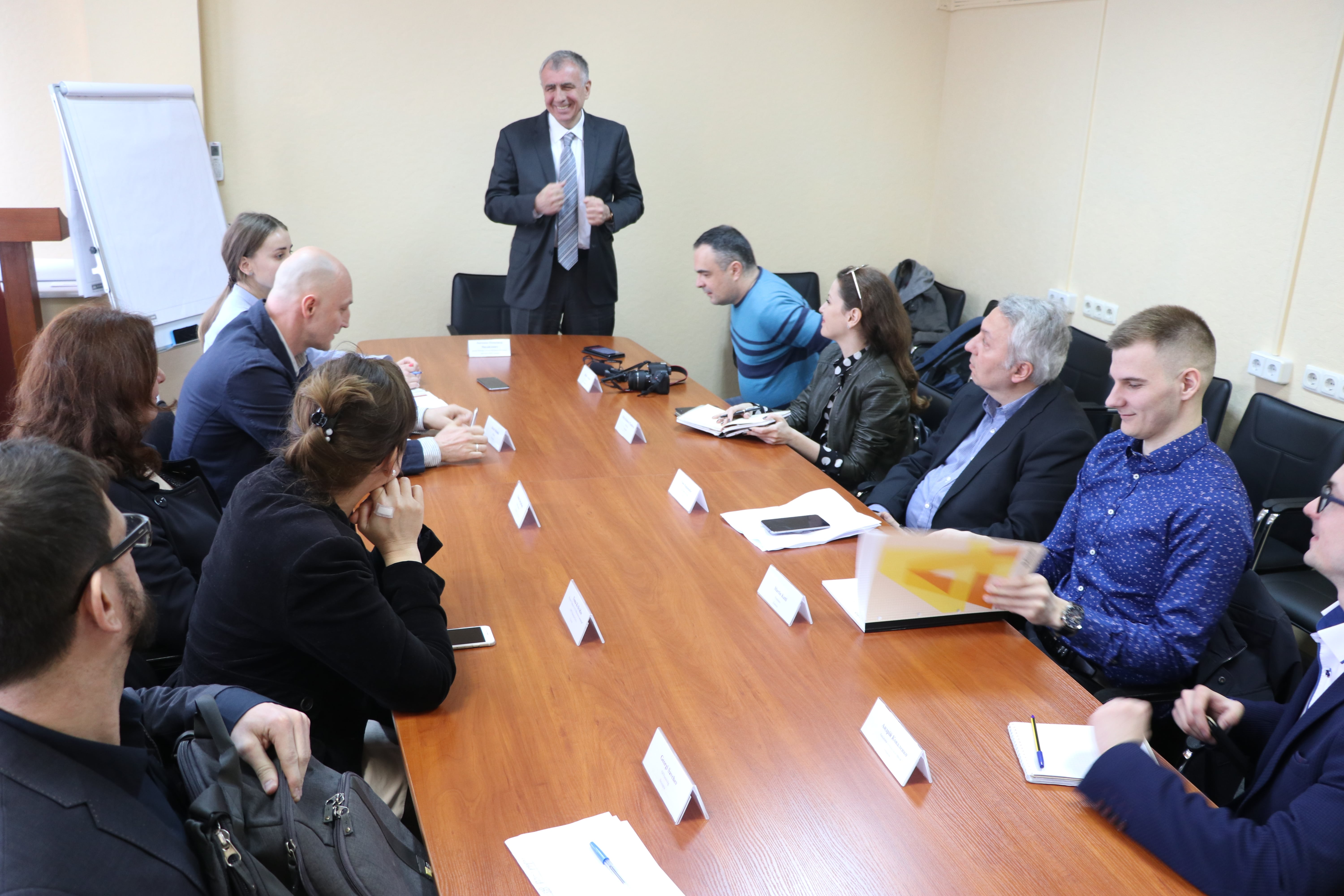 VISIT TO UKRAINE AFTER THE PRESIDENTIAL ELECTIONS: THE 7TH INTERNATIONAL PRESS TOUR

On April 23-27, 2019, the Academy of Ukrainian Press (further AUP) had an honor to invite
representatives of foreign media to participation in the project “Ukraine Press Tours” which is
realized due to the support of Media Development Foundation, the Embassy of the USA to
Ukraine. Top reporters from Bulgaria, Georgia, Poland and Estonia who work on different media
platforms visited Kyiv, and several towns of Donetsk and Luhansk regions controlled by Ukrainian
government later on. All the series of press tours are aimed to demonstrate the real situation and
events taking place in our state and in the eastern part of the country to foreign reporters; to
introduce the perspective vision of national experts in different fields of development and opinion
of society on various issues.

On April 23, 2019, tour participants visited the editorial office of “Dzerkalo Tyzhnia” (Weekly
Mirror) newspaper and talked to Volodymyr Mostovyi, its founder, and Serhii Rakhmanin, deputy
editor-in-chief. The speakers told us about the history of newspaper, its activity, principles and
values of the team, the ways of countering pressure from public officials, as well as concerning
the results of presidential elections in Ukraine, and hereto related social demands. 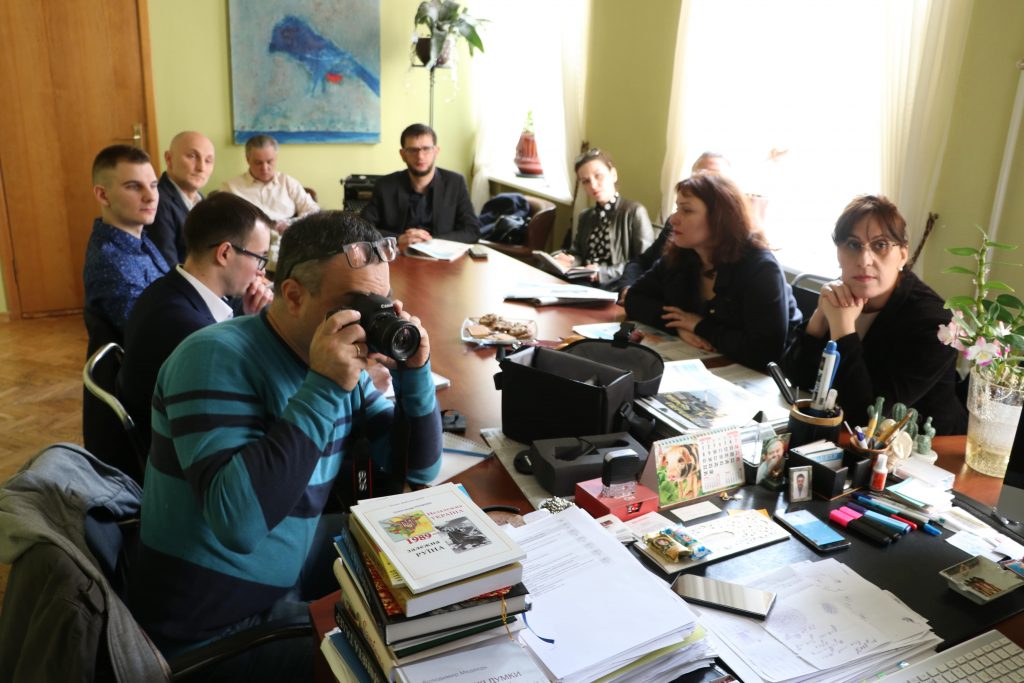 On the same day, foreign journalists had a meeting with Oleksandr Levchenko, Advisor to the
Minister of Temporarily Occupied Territories, Ex-Ambassador of Ukraine to Croatia as well as
Bosnia and Herzegovina (2010-2017). In the building of Ministry, the Advisor told our press-tour
participants about the real situation on the occupied territories and represented a set of activities
that should be done to solve the conflict issues, as well as the perspectives for possible
implementation of UN peace keepers in Donbas. Apart from it, all the present could discuss the
peculiarities of international affairs development between Ukraine and other countries. 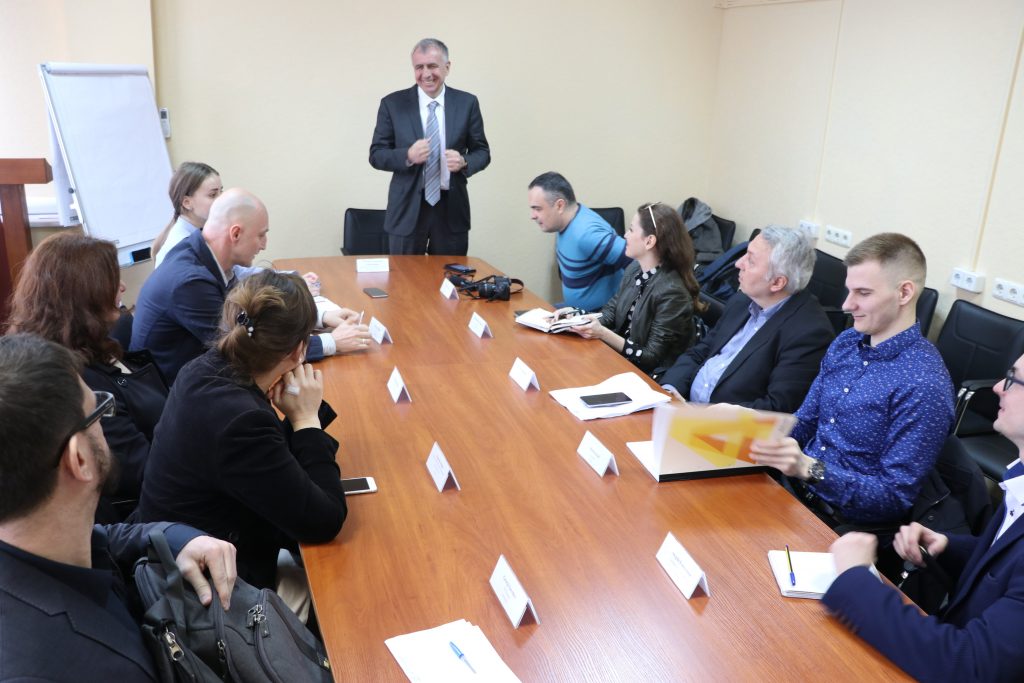 Then, the participants became guests at studio of Hromadske Radio. They spoke there to Andrii
Kulykov, Head of Supervisory Board and anchor at Hromadske Radio. During the meeting
reporters learned a lot regarding the history of media and media business development in Ukraine,
as well as heard about the number of successful projects realized by Hromadske Radio and the
perspectives of radio broadcasting in general. Foreign journalists received an opportunity to learn
unique media experience of Mr. Kulykov, especially since he was one of moderators during the
debates between two candidates into Presidency of Ukraine in the second round of elections. As
known, this political competition took place at the National Sport Complex “Olympic” in presence
of several thousand supporters of both candidates. The guests expressed their impressions on
Ukrainian election campaign, whereas someone told that many followers in their counties
believed, that each of two moderators was supporting one of the candidates. The speaker
contradicted to this assumption as wrong, having explained the presence of two moderators by
organizational need in case if the candidates gave their speeches at two different platforms. 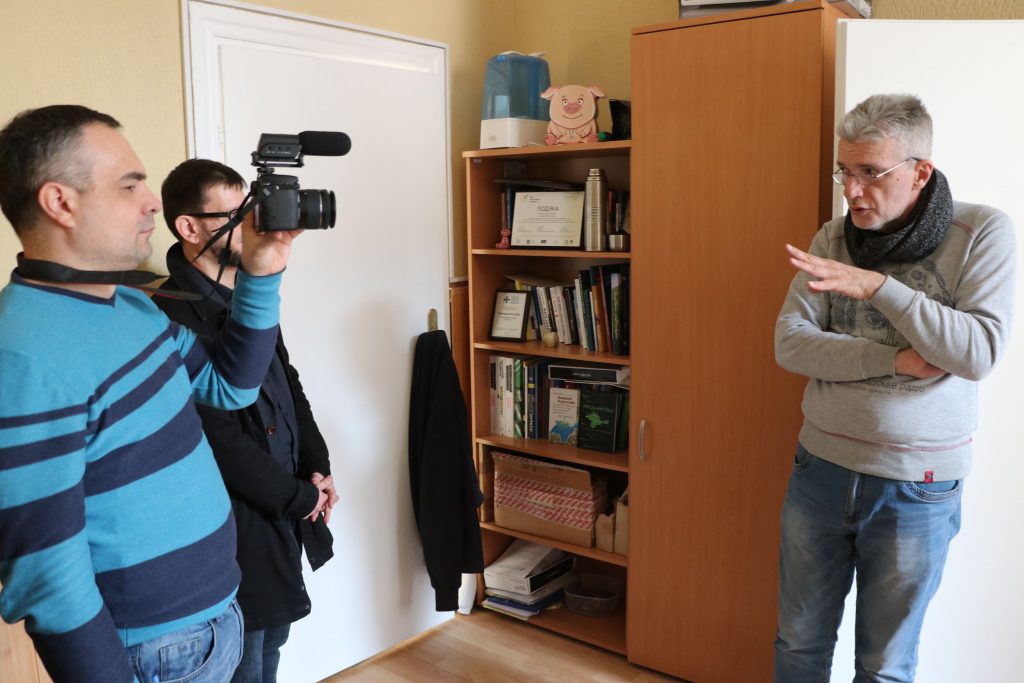 At the end of the day, the participants went for an excursion around “Mezhyhiria” the former
residence of flown ex-President, V. Yanukovych. Foreign reporters expressed their surprise
regarding the presence of typical attributes of absolute power here, which, probably, only lords
and monarchs might have. 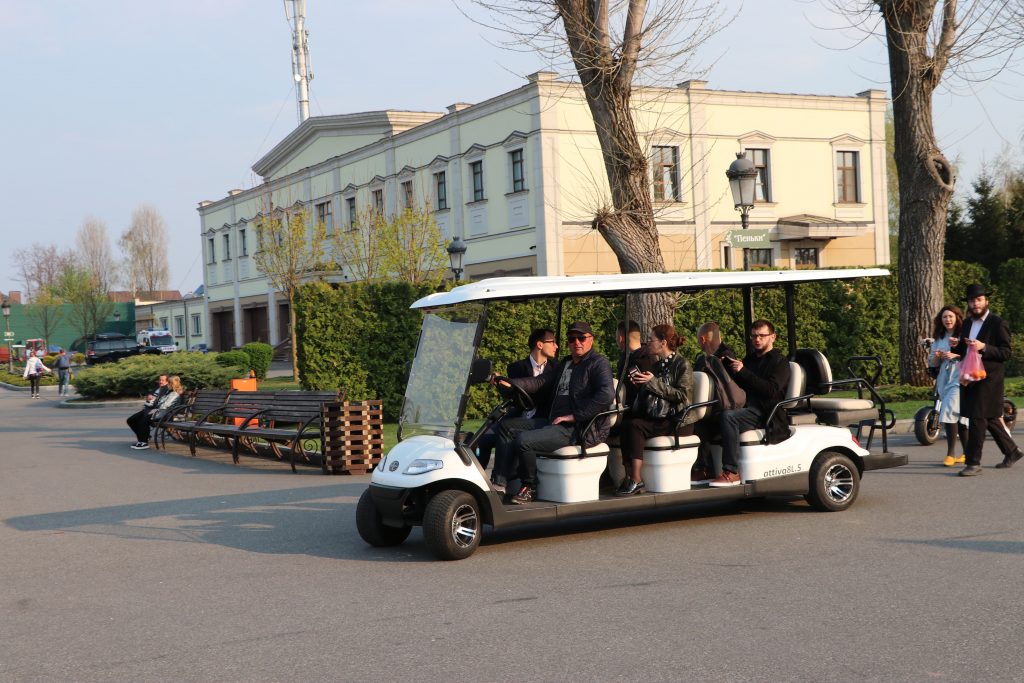 On April 24, 2019 journalists and organizers travelled to the east of Ukraine. First of all, we
visited school #22 of Sloviansk Municipal Council in Semenivka (Donetsk region). The school
was completely destroyed during the military actions and renovated after the town liberation from
separatists. Serhii Borysenko, school principal, told about its renewal. 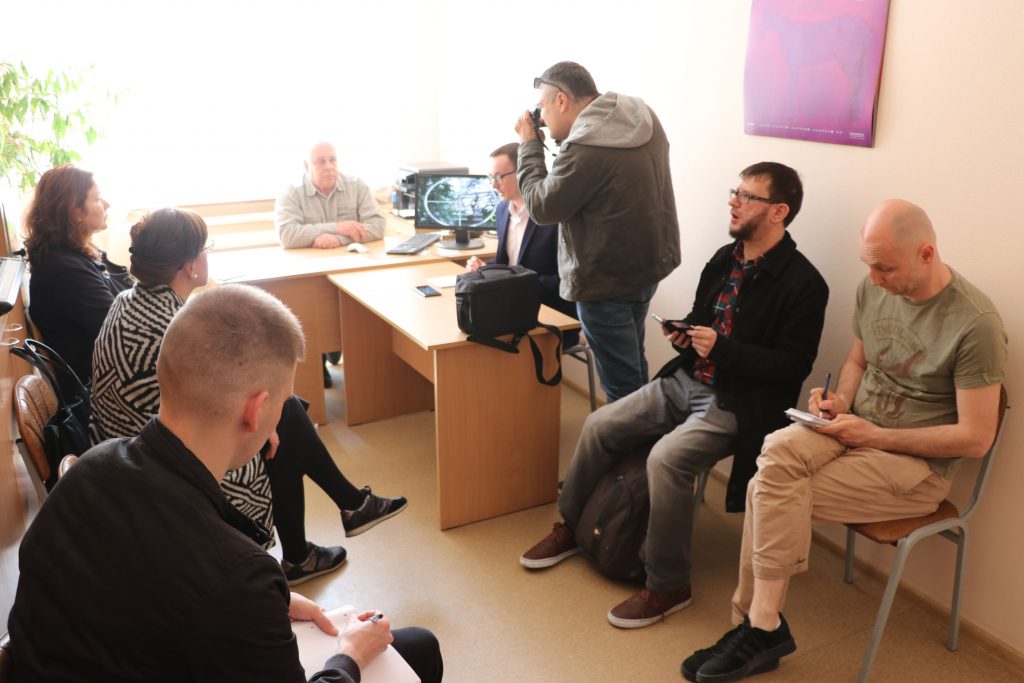 After that, participants visited town Severodonetsk (Luhansk region). Ihor Butkov, Member of
Municipal Council from the political faction “Opposition Bloc” invited them to the building of
Municipal Council. The interlocutor told about the main achievements and challenges on the
agenda of town development. According to Mr. Butkov, its priorities are building a constructive
dialogue with the central government, and improvement of social and economic conditions in the
town. 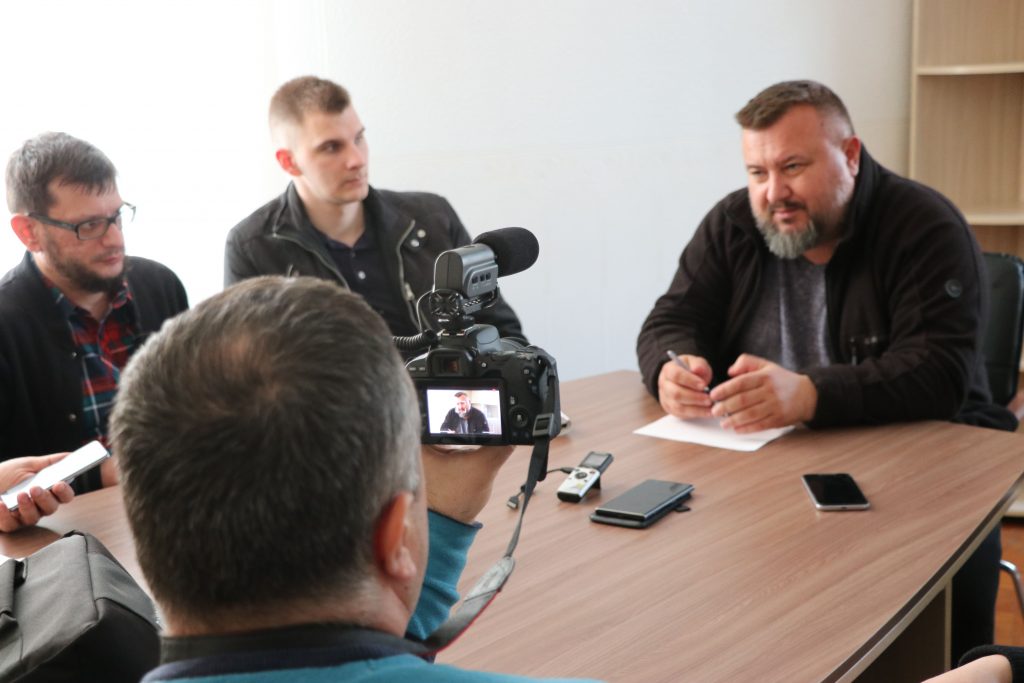 Then, foreign reporters met with representatives of crisis media center “Siverskyi Donets” in town
Severodonetsk (Luhansk region). Olena Nizhelska, Head of Organization, and Sergii Piatnytsia,
moderator of public events, outlined the history of media center foundation after the liberation of
the town from militants as the initiative of active citizens, not indifferent to their town
development. The hosts mentioned that the center is executively informing citizens on the
emergency events taking place in the region and keeping in touch with the national police and
other emergency services. Mrs. Nizhelska also agreed for an interview with foreign reporters as a
Member of Municipal Council from the faction “Samopomich”. In a conversation she emphasized
that among the basic tasks for town development there should be the search for investment
opportunities and solutions of infrastructural problems. At that time, within a framework of press
tour for journalists from different regions of Ukraine, a panel discussion was running, so foreign
guests had an opportunity to meet and talk to their colleagues. 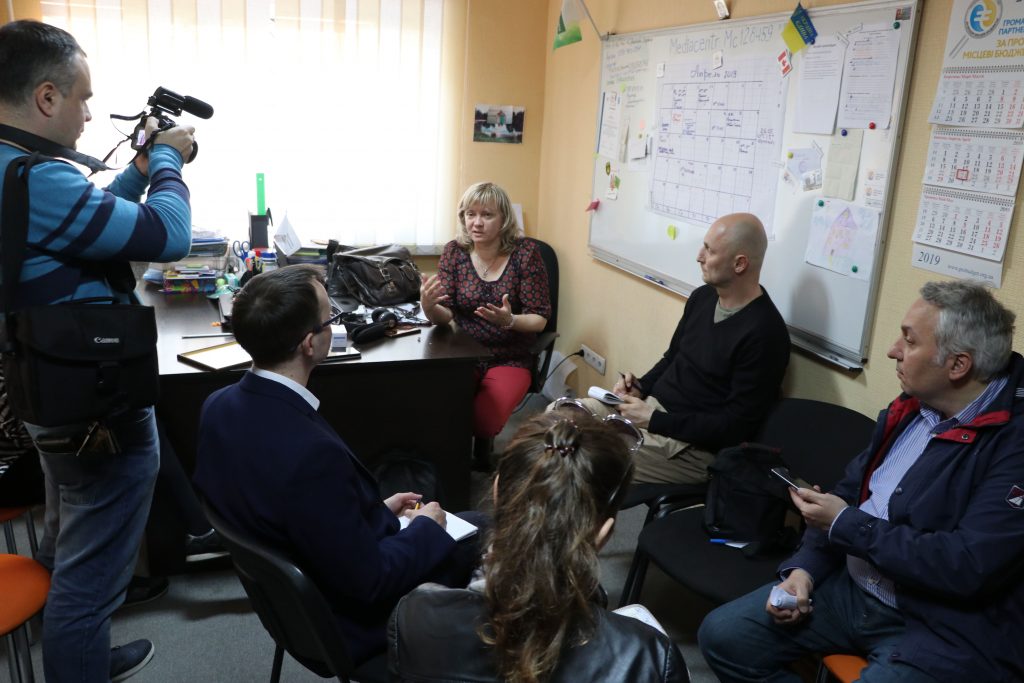 On April 25, 2019 a group of journalists visited town Mariupol. They visited cardiology medical
center, where Serhii Orleanskyi, Chief Doctor, told how the procedure for reception of patients is
going, and showed new equipment for treatment of heart attacks. 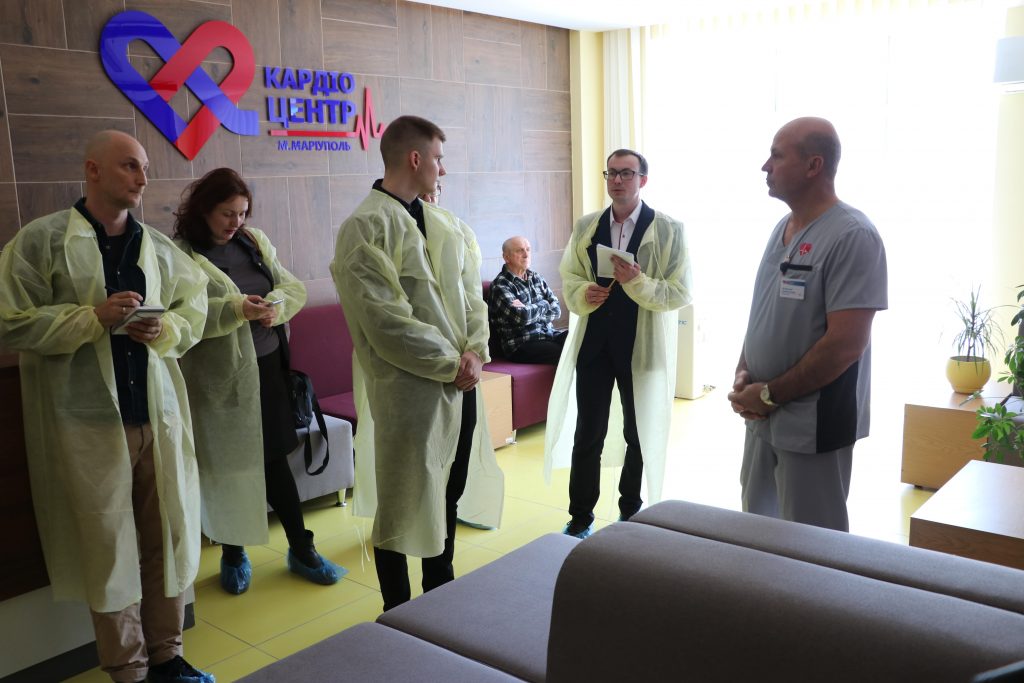 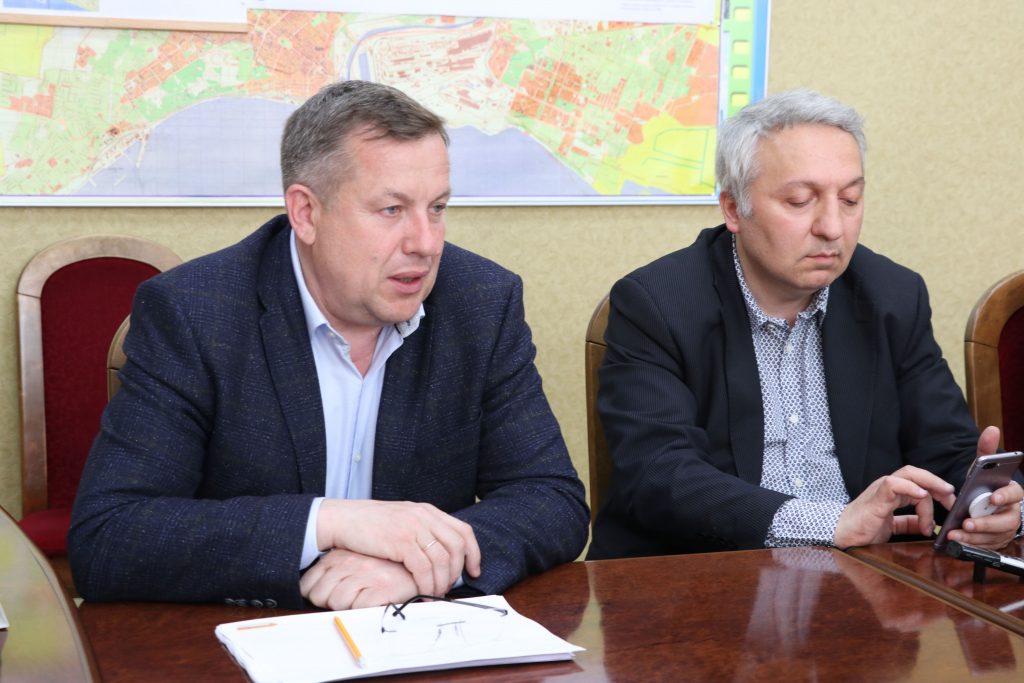 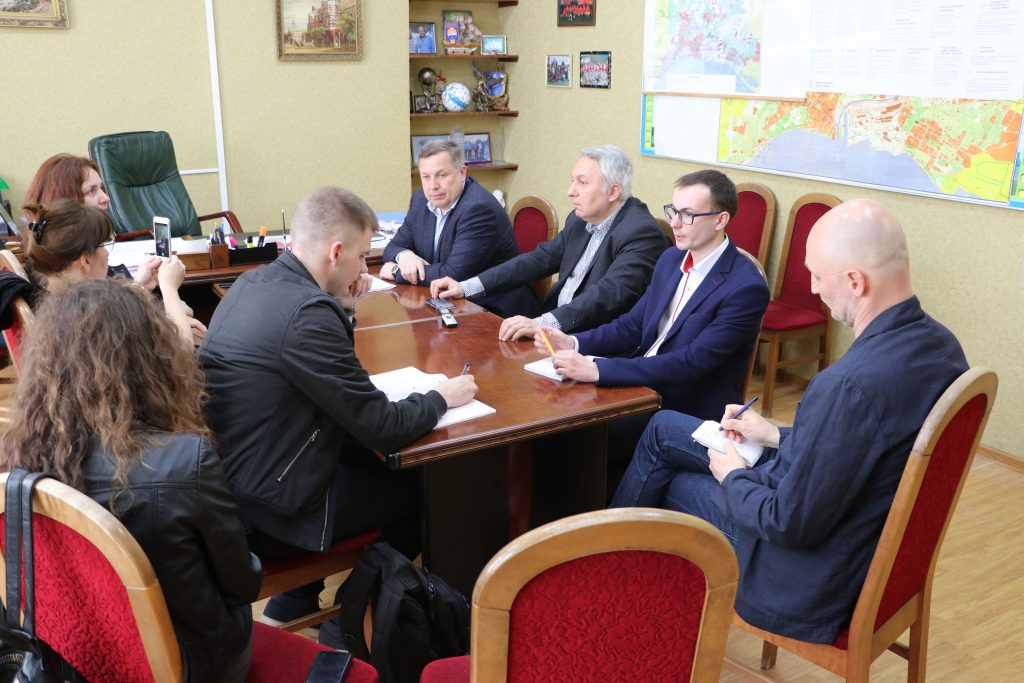 Next, our guests took part in the excursion with the tour-guide Olena Deinychenko, member of
National Union of Ethnographers. We received an opportunity to learn the town history, its cultural
heritage, industrial potential, and to enjoy the views over the Sea of Azov. The participants were

also interested in the issues of regional ecology, close town location to the frontline, impact of
Ukrainian ports’ blockade by the Russian side through suspension of ships in the Kerch Strait. 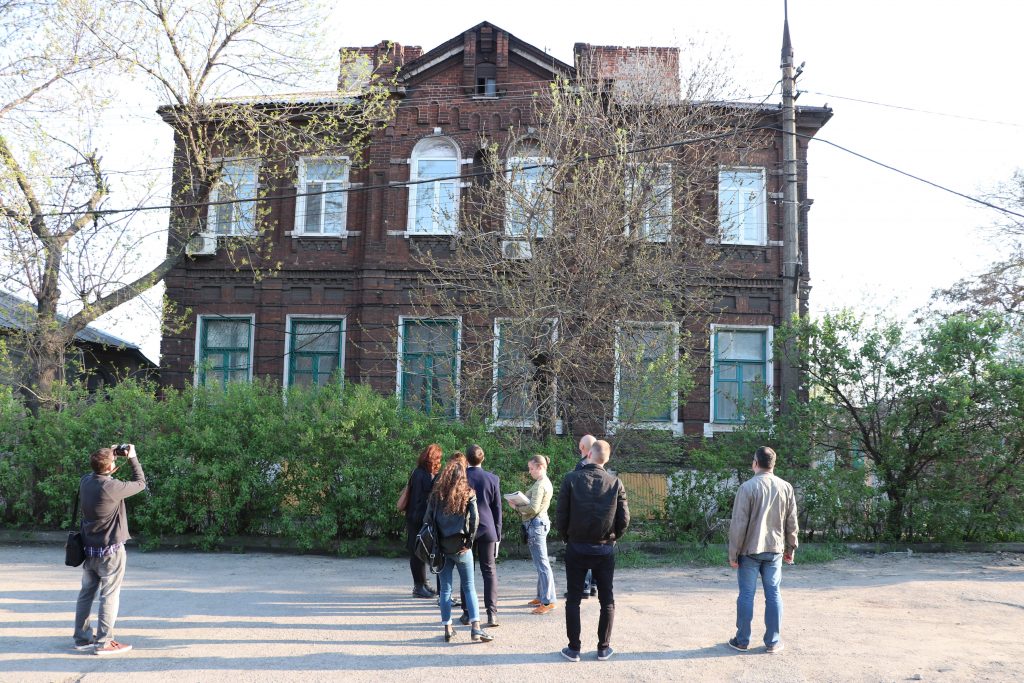 On April 26, 2019 we visited Mariupol hub school # 66. Natalia Rovytska, school principal,
together with the staff of teachers and students, showed guests the modernized classrooms and
leisure spaces. The journalists watched how children were learning with the use of digital
microscopes, computers, tablets, 3d printer, and “sets of young Einstein”. While talking, foreign
reporters learnt more about the reform of education in Ukraine that is known as Concept for “New
Ukrainian School”. 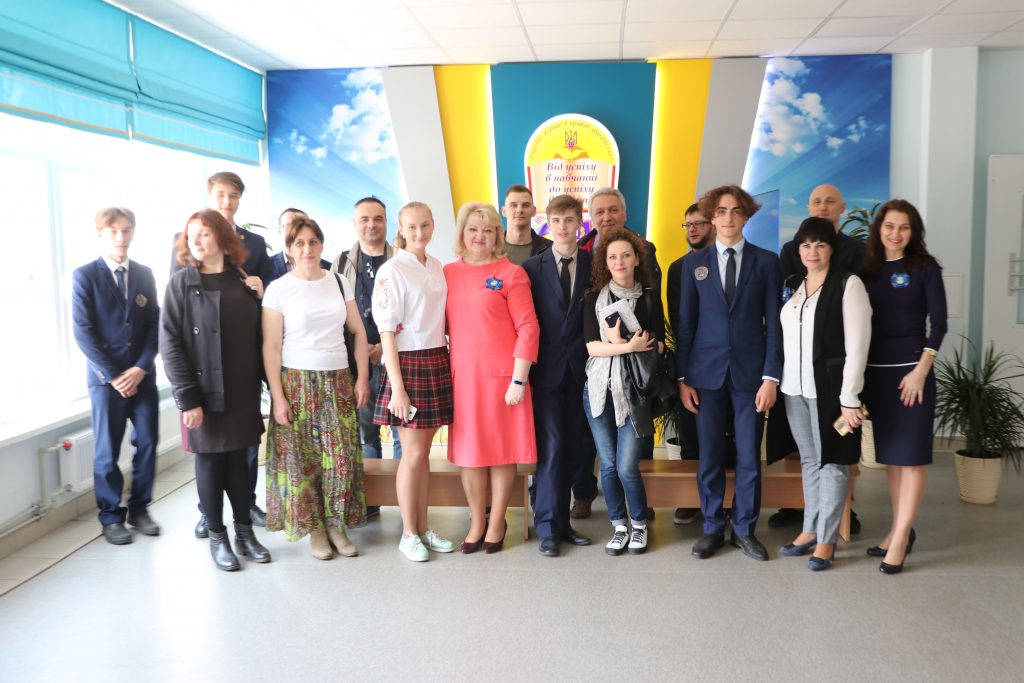 On April 27, 2019 an excursion around Kyiv was organized for the group of foreign reporters.
They visited St. Sophia and St. Michael Square, St. Andrew Rampart, Independence Square
(Maidan Nezalezhnosti), observed a lot of other historic and sightseeing places in the capital of
Ukraine.

So, we sincerely hope that foreign participants of the 7th press tour achieved an access to reliable
information sources about events and figured out some tendencies in the development of modern
Ukraine. With this purpose, the meetings with top representatives of government, media, public
sector, education, etc. were organized. We are expecting for more new journalistic materials about
Ukraine.

The Academy of Ukrainian Press with the support of Media Development Foundation, Embassy
of the USA to Ukraine, is involved in ultimately efficient and trustworthy informing of the foreign
colleagues on events in Ukraine. Let you join us! The world has to know the truth and avoid fakes.