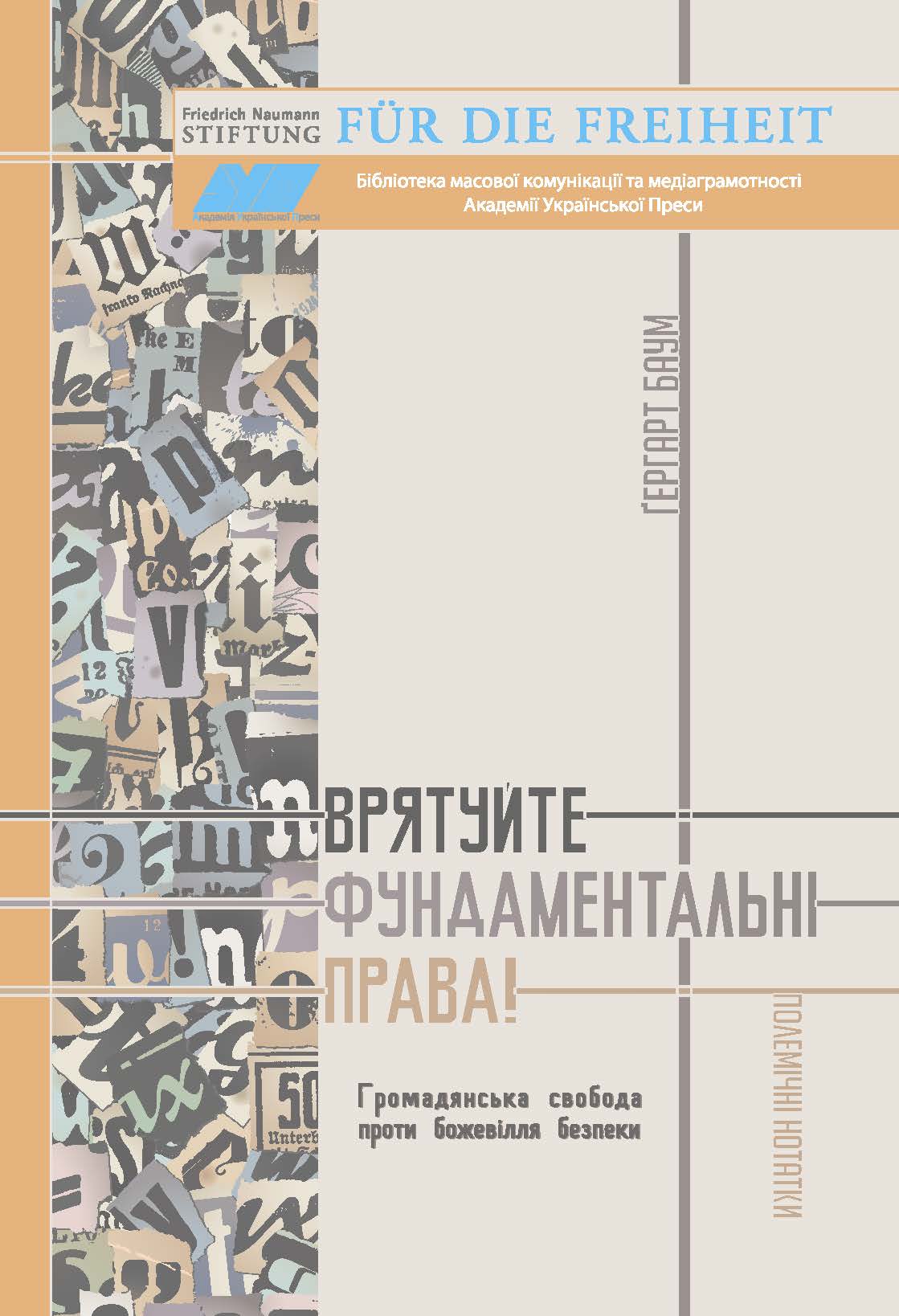 ‘In his book, which is characterized by the accuracy of language, numerous facts and demonstrativeness, G. Baum analyzes some central points that are important for civil and human rights, for example, conclusions related to the impact of digital revolution (chapters 4-6). It will be informative for Ukrainian readers to trace some typical topics which occasionally cause fierce debate in Germany, for example, about the judiciary and the Constitutional Court practice, the role of the army in the country, tortures as (unacceptable) radical means and actually the importance of press freedom.

Thanks to its many years of tireless work in the field of civil and human rights, Gerhart Baum is considered in Germany as one of the most respected public figures. For his work he has received numerous awards.

Baum warns against false ideas, claiming that new legislative regulation can better protect fundamental rights. Essential is the belief in the need to protect civil liberties and the rule of law, also in time when the need to ensure safety makes the restrictions of freedom attractive.

Throughout his life G. Baum faced with very different situations with freedom in Germany – from the dictatorship of National Socialism to the advanced constitutional state. And he was actively involved in the development of Germany, which is now respected worldwide. He did a lot for this and as a liberal politician and lawyer and as an active civil rights and human rights campaigner.

The views and experience of the author are particularly valuable and relevant for those seeking to build a constitutional state in Ukraine where fundamental rights of its citizens will be also protected in difficult times.

Due to the Ukrainian translation of ‘Save the Fundamental Rights’, we combine the desire to strengthen the Ukrainian citizens’ sense of vitality and keep it well in difficult times.

From the notes of Miriam Kosmel

Chief of the party in Ukraine and Belarus

Foundation of Friedrich Naumann for Freedom