Home News UKRAINE AND ITS PEOPLE IN THE SPOTLIGHT OF FOREIGN REPORTERS: AUP’S INTERNATIONAL PRESS TOUR IN DECEMBER, 2019 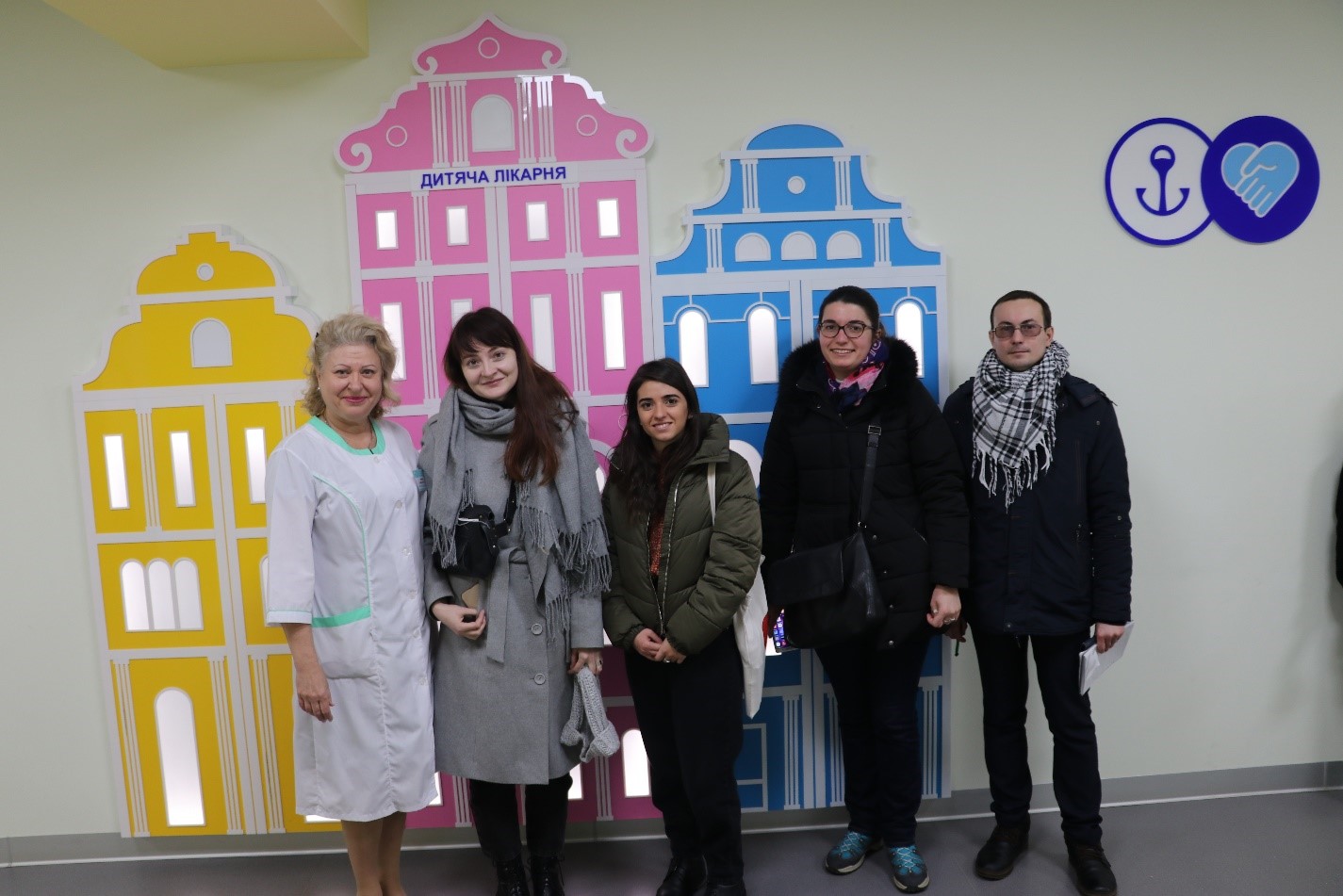 UKRAINE AND ITS PEOPLE IN THE SPOTLIGHT OF FOREIGN REPORTERS: AUP’S INTERNATIONAL PRESS TOUR IN DECEMBER, 2019

On December 02 – 06, 2019, the Academy of Ukrainian Press (further AUP) had an honor to invite representatives of foreign media to participation in the project “Press Tours to Ukraine” which is realized due to the support of Media Development Foundation, the Embassy of the USA to Ukraine. Top reporters from Belarus, Georgia, Latvia and the European Union, who work on different media platforms, visited Kyiv and several towns of Donetsk region controlled by Ukrainian government later on. All the series of press tours are aimed to demonstrate the real situation and events taking place in our state, including the eastern part of the country, to foreign reporters; to introduce the perspective vision of national experts in different fields of development and opinion of society on various issues.

Participants of the 3rd press tour in December, 2019 became: 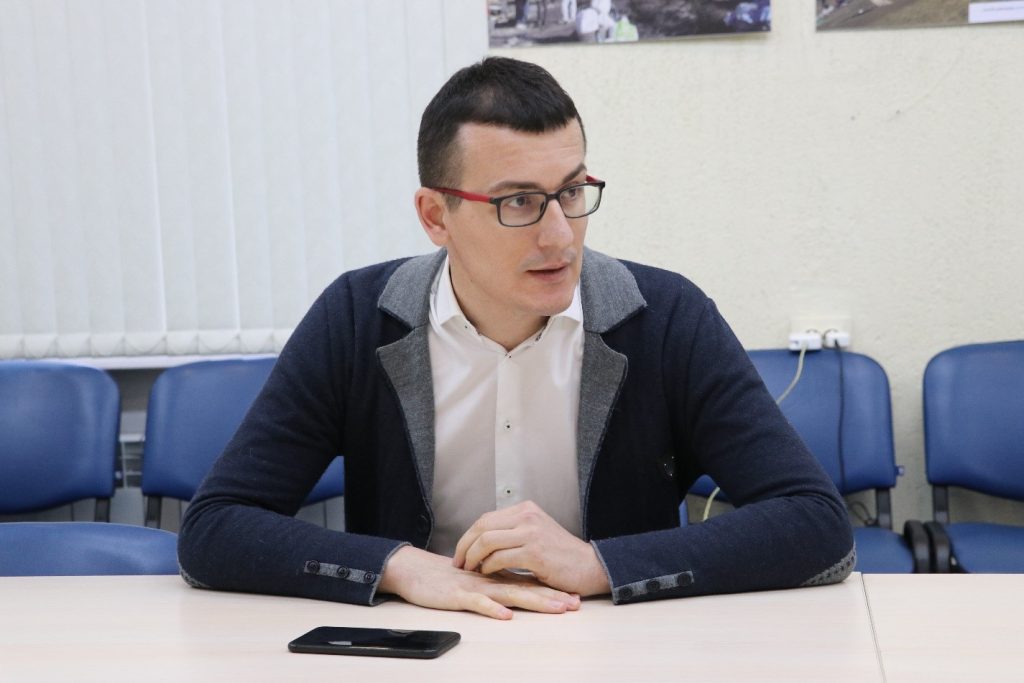 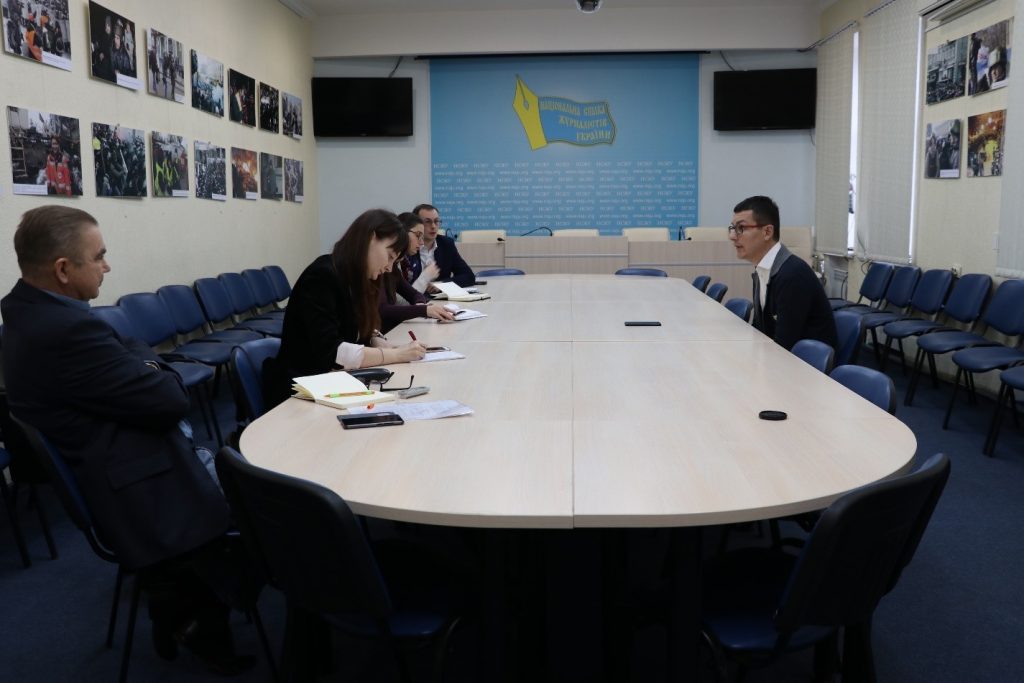 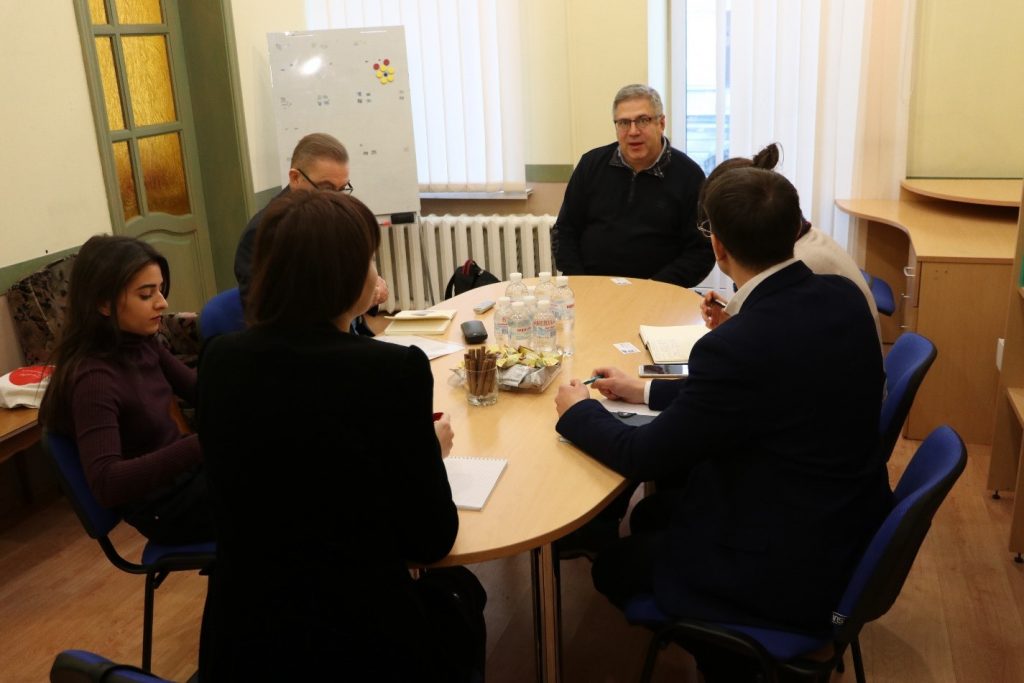 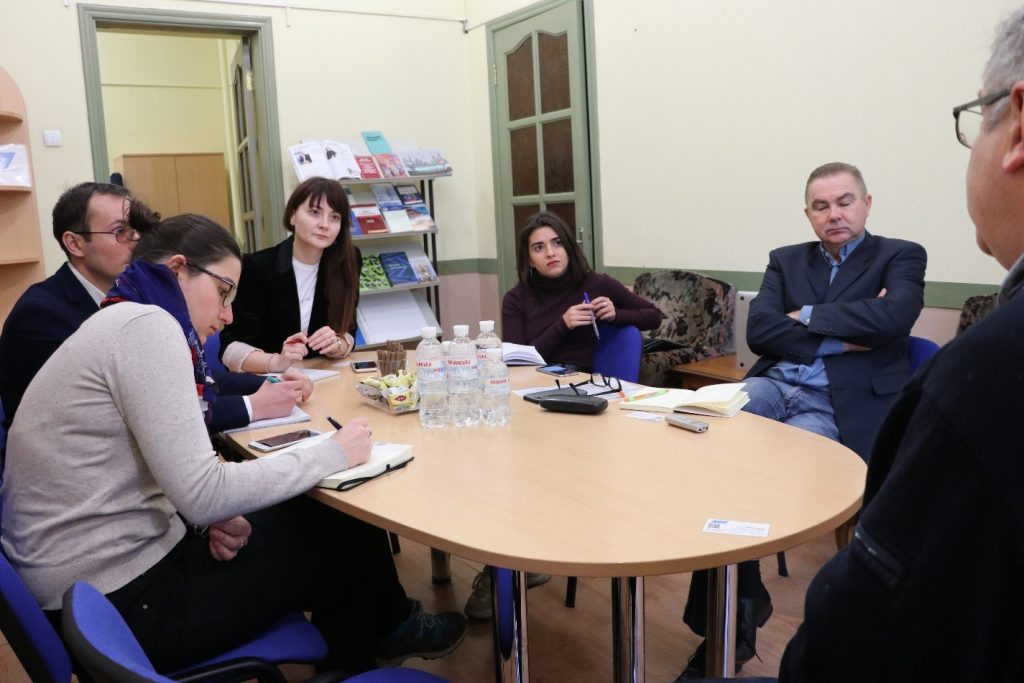 Afterwards, the reporters met with Volodymyr Ariev, MP (European Solidarity Party), chairman of Ukrainian delegation in Parliament Assembly of Council of Europe, PACE Vice-President (2015), President of PACE Committee for Culture, Education, Science and Media. Mr. Ariev outlined general political situation in the country and Ukraine’s position on the international area.  He also mentioned that current Ukrainian government should better defend the national interests of Ukraine on all levels. 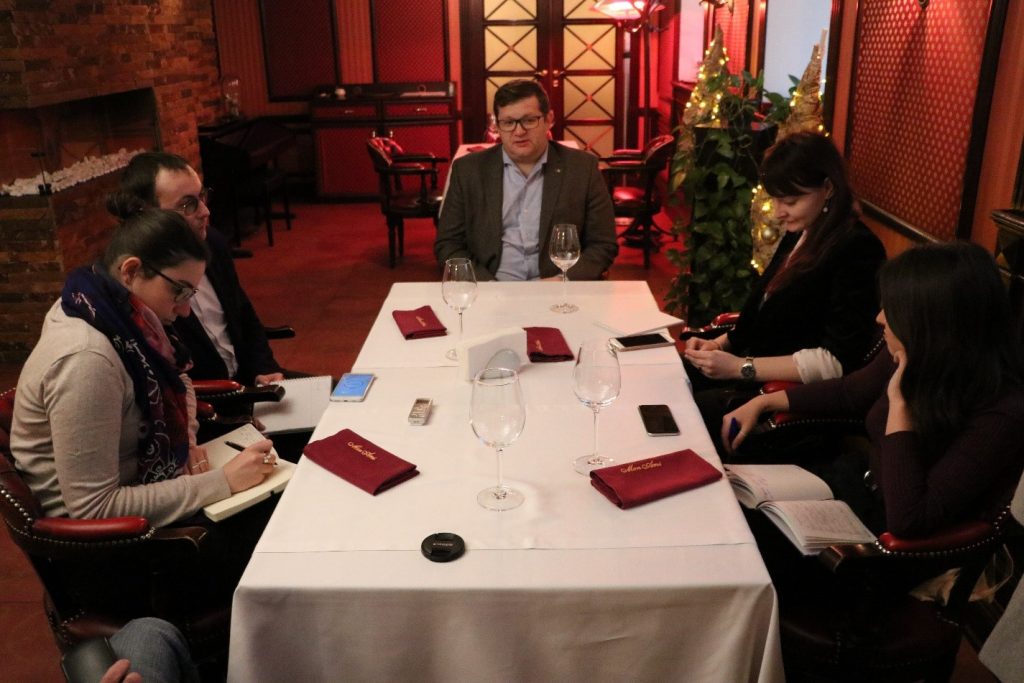 The day was ended by the visit of participants to the National Memorial Complex of the Heavenly Hundred Heroes – Revolution of Dignity Museum. The guests explored more about the events of 2014 there from the museum team mates and witnesses of events, and observed the exhibition of items. 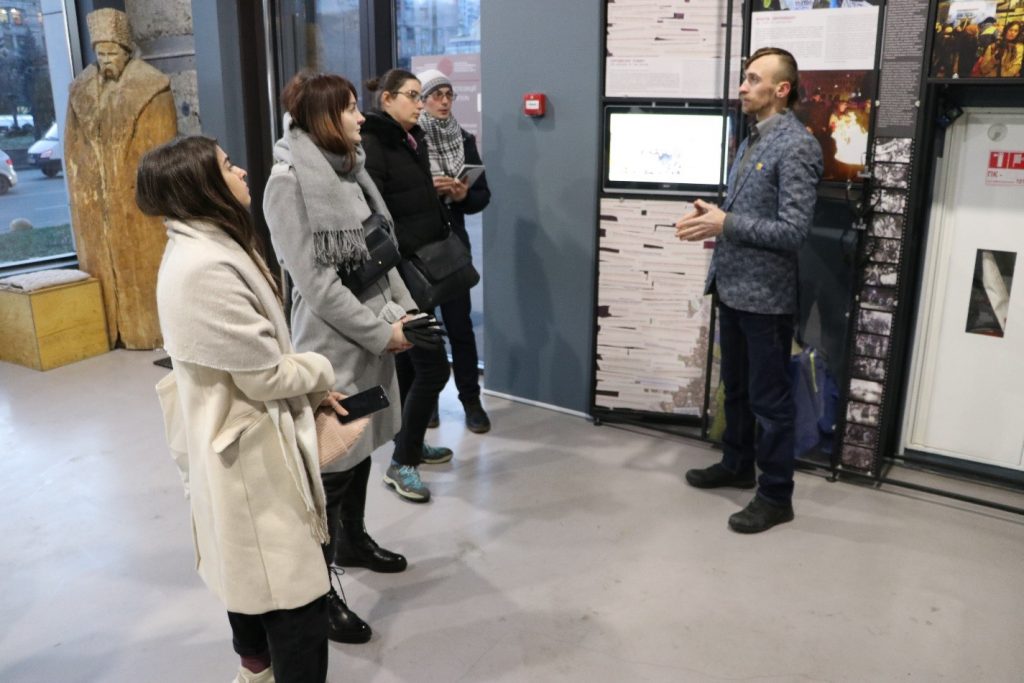 On December 04, 2019, journalists and organizers travelled to the east of Ukraine. First of all, we visited new well-known places of military glory around town Kramatorsk. Our local guide, Alexander Kachura showed us the place where Ukrainian soldiers on July 4, 2014 stopped the enemy’s armored column breakthrough. Participants observed the memorial build in honor of fallen fighters. Then, we visited another memorial in honor of Sloviansk liberators. After that, the reporters observed hospital buildings ruined by war. Later, we arrived to the spot where on June 6, 2014, Ukrainian reconnaissance aircraft was hit by separatists. Only 3 out of 8 pilots survived after the catastrophe. 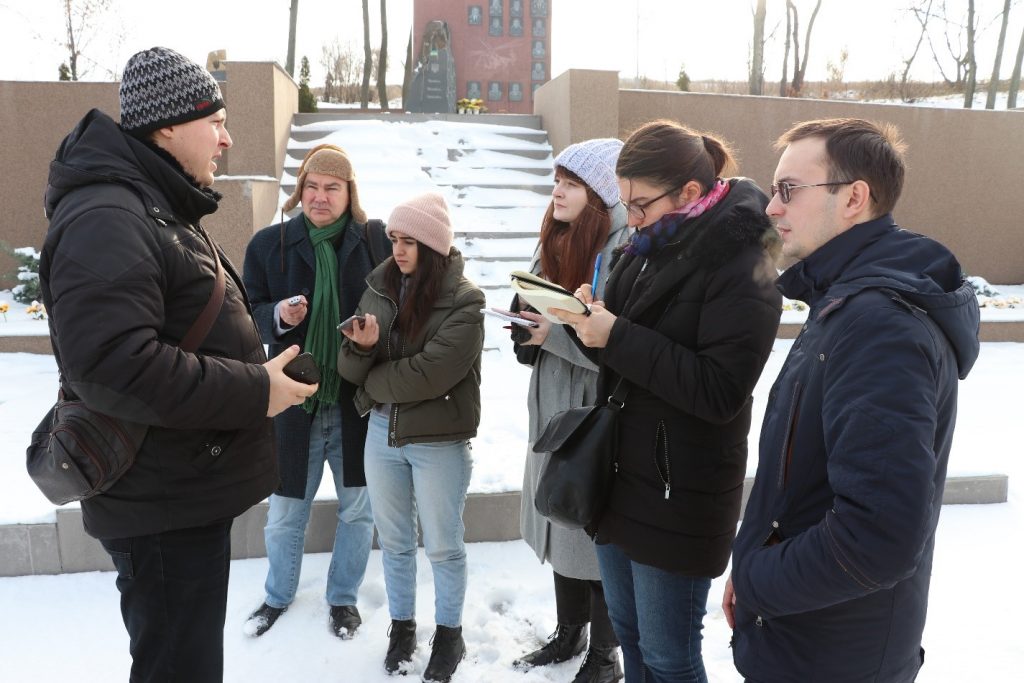 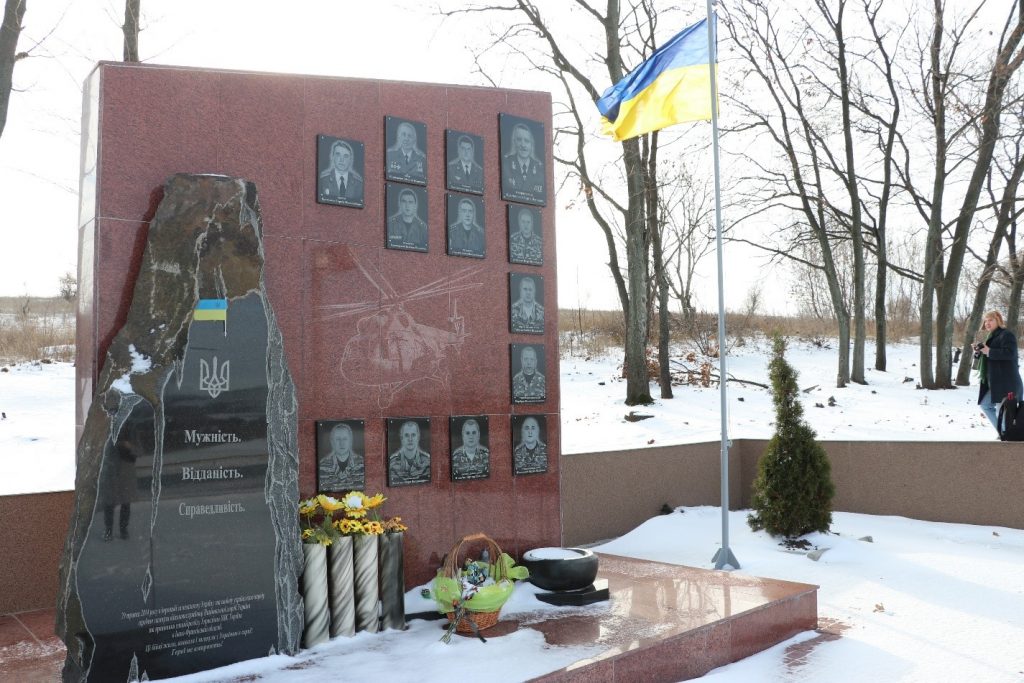 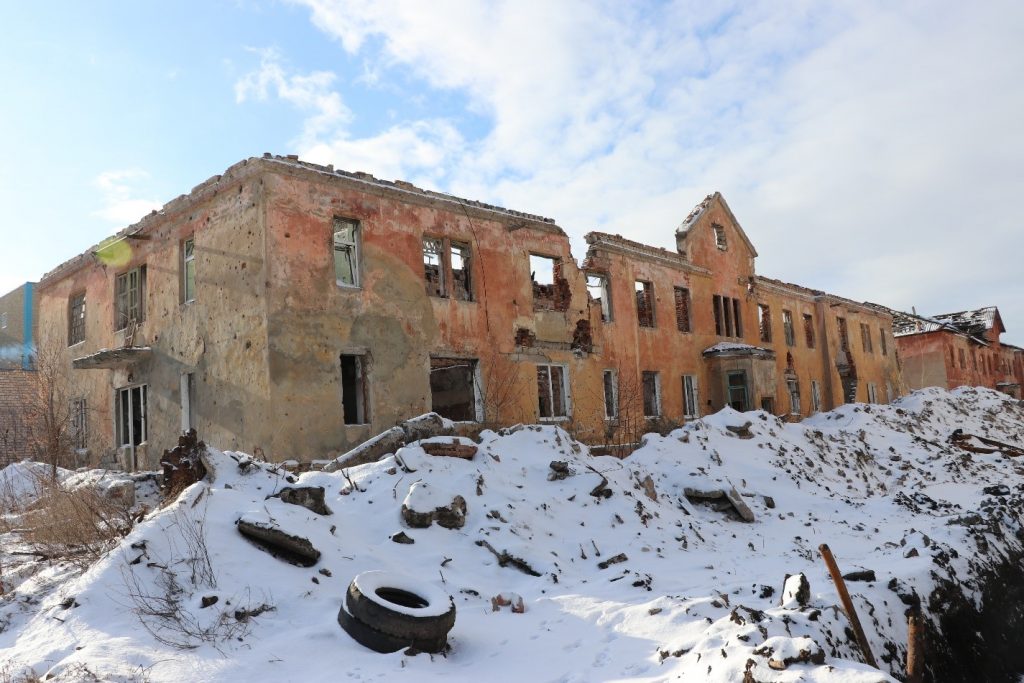 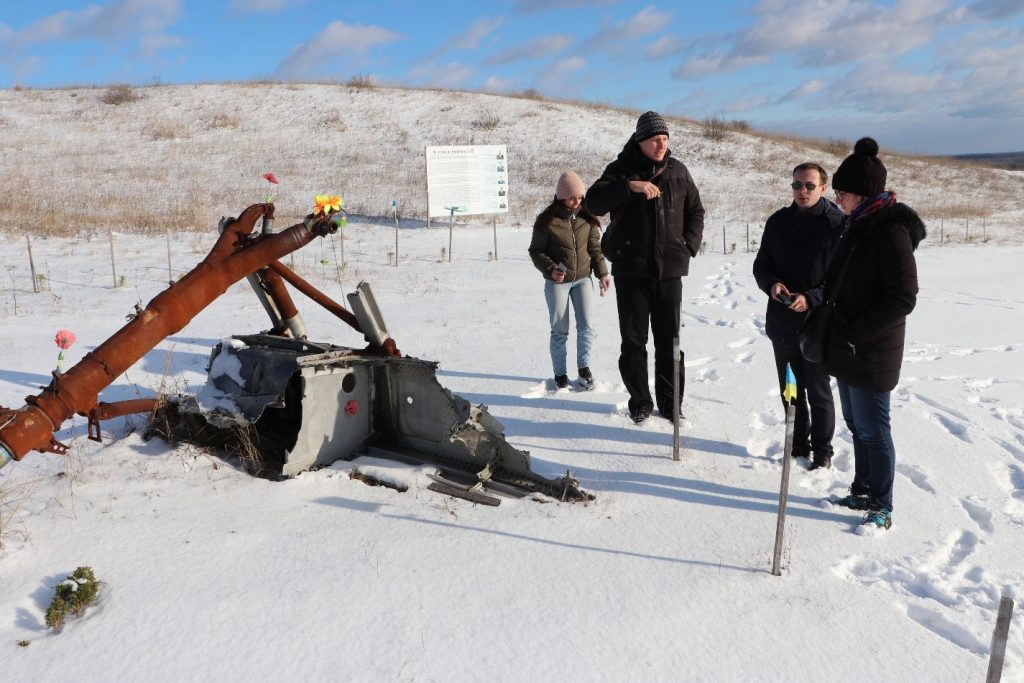 On the same day, the reporters had a conversation with the volunteers of “Kramatorsk Bees” organization that helps Ukrainian Defense Forces. In particular, Iryna Sydorenko, Head of organization, outlined the types of activities for volunteers in that center, including making the camouflage nets and organizing charity fairs to help the military. 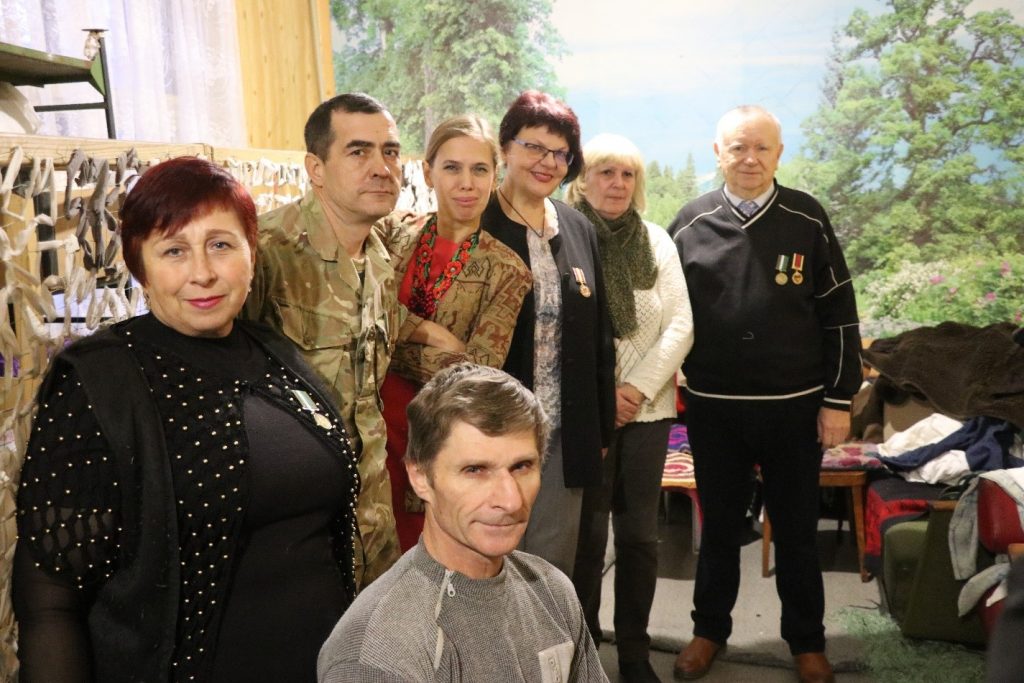 In the end of the day, the group of journalists visited village Druzhkivka near Kramatorsk. Military chaplain, (Rev. Fr.) Dionisius showed us the basement rooms where people were detained as captives during the occupation. Other witnesses told the journalists about the events taking place during the occupation. Now, it is planned to establish the museum in the premises of former jails and torture rooms of so called “DPR”. 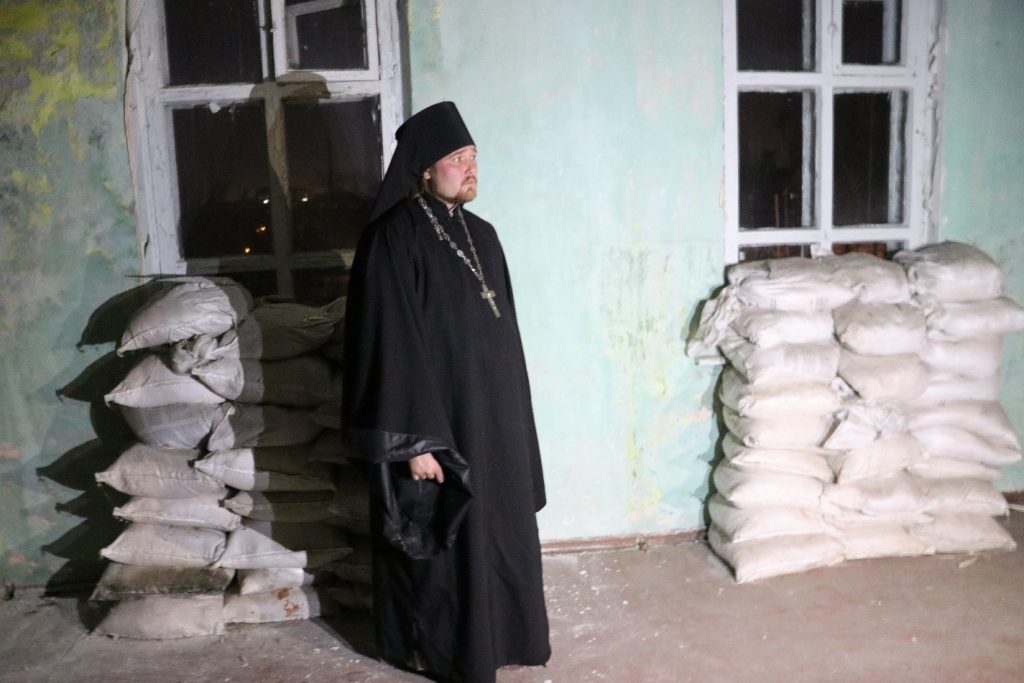 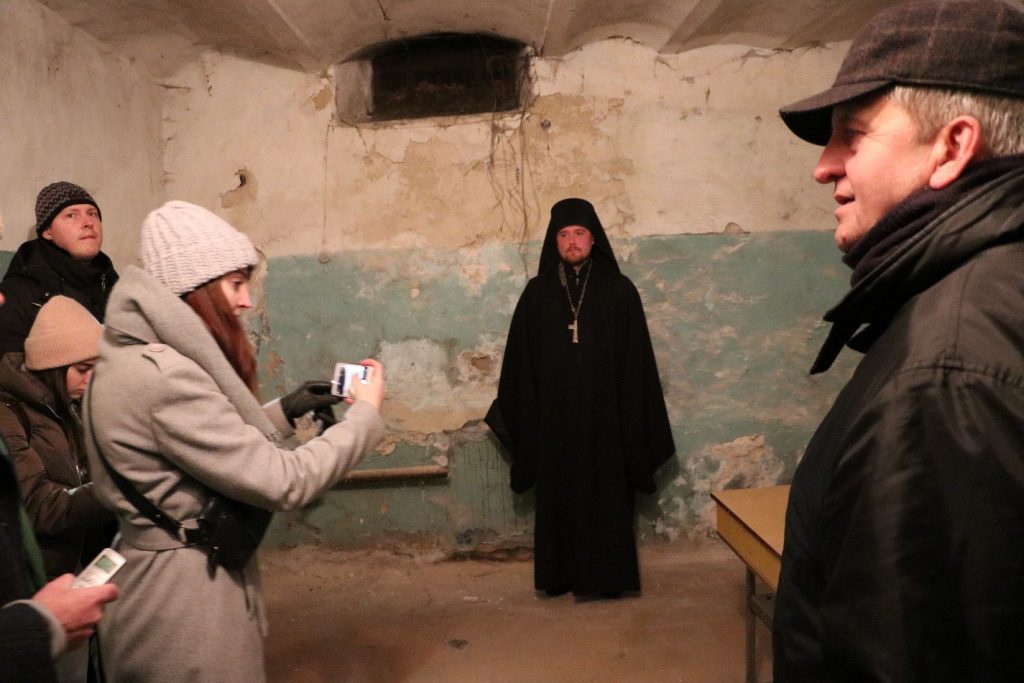 On December 05, 2019, after our arrival to town Mariupol, we visited Azov Shiprepair Yard. While talking to Dmitrii Timofeev, Executive Director, and Larysa Konieva, Press Service Head, we were convinced that not only quality ship repair is taking place here, but they also have all the possibilities to build new vessels. We have discussed the cooperation with international ship-owners, activity during the war, Kerch Strait blockade, and the situation when despite of cancellation of huge contracts because of entering risks, the enterprise still provides services to different types of vessels, involves new experts and has industrial potentials. 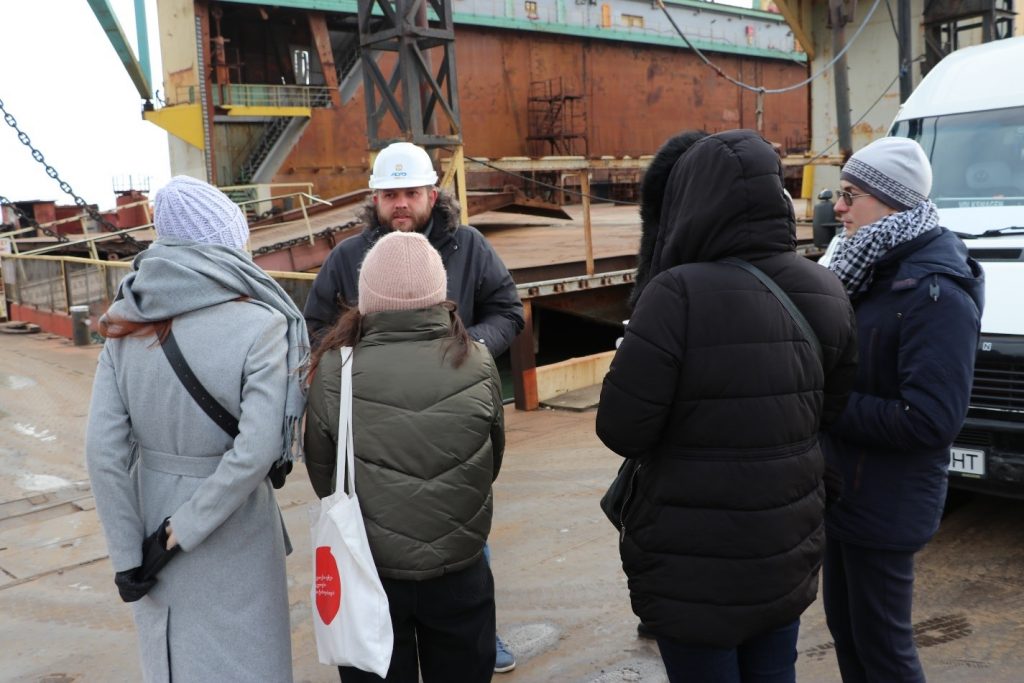 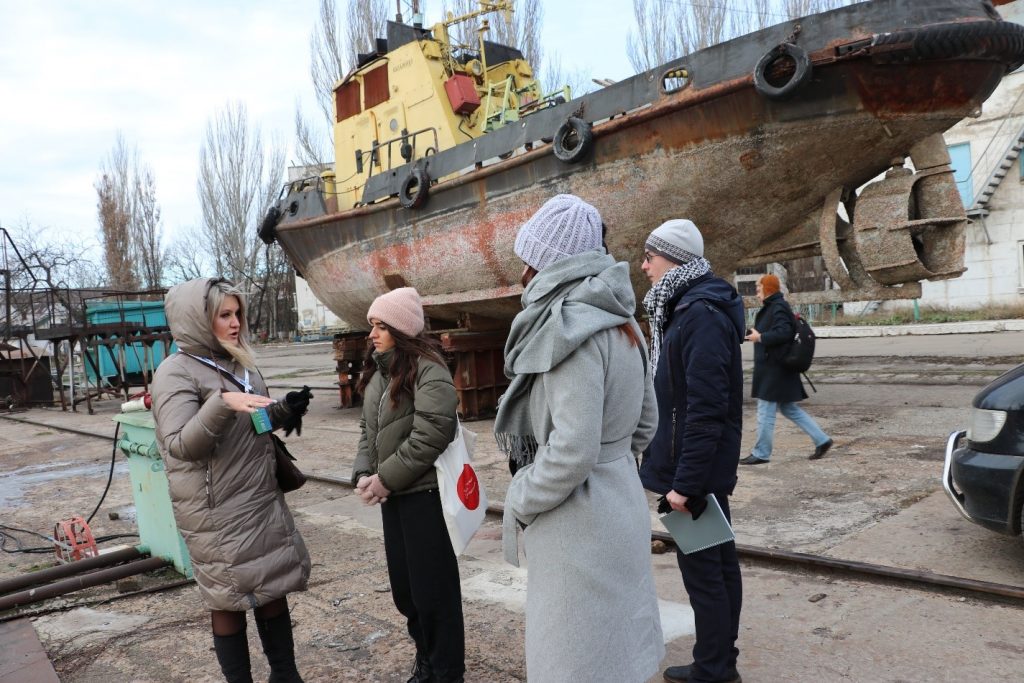 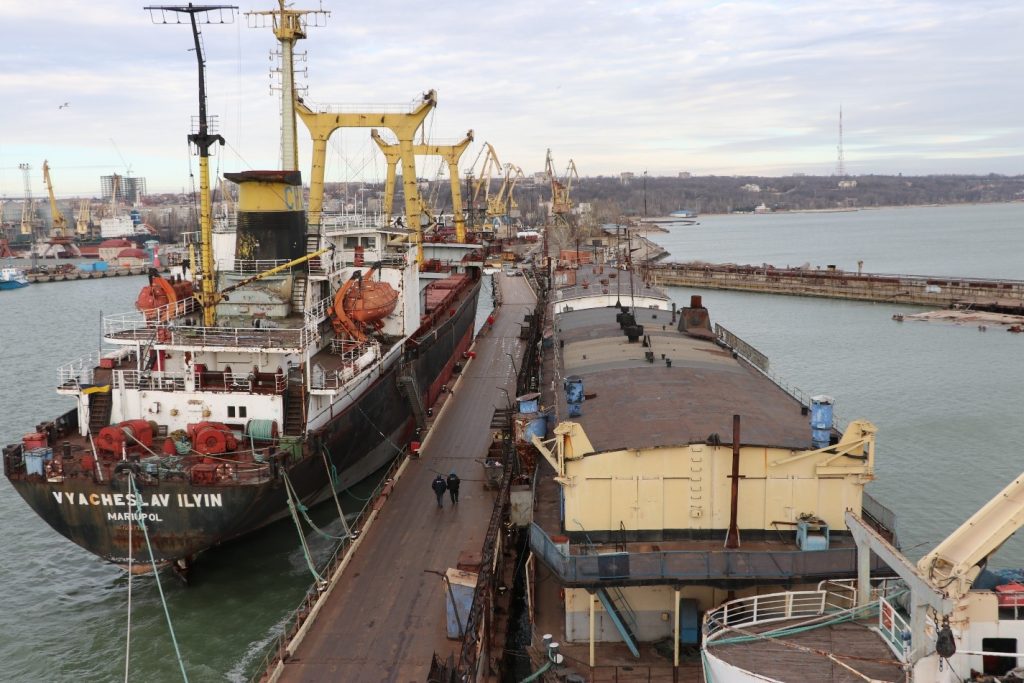 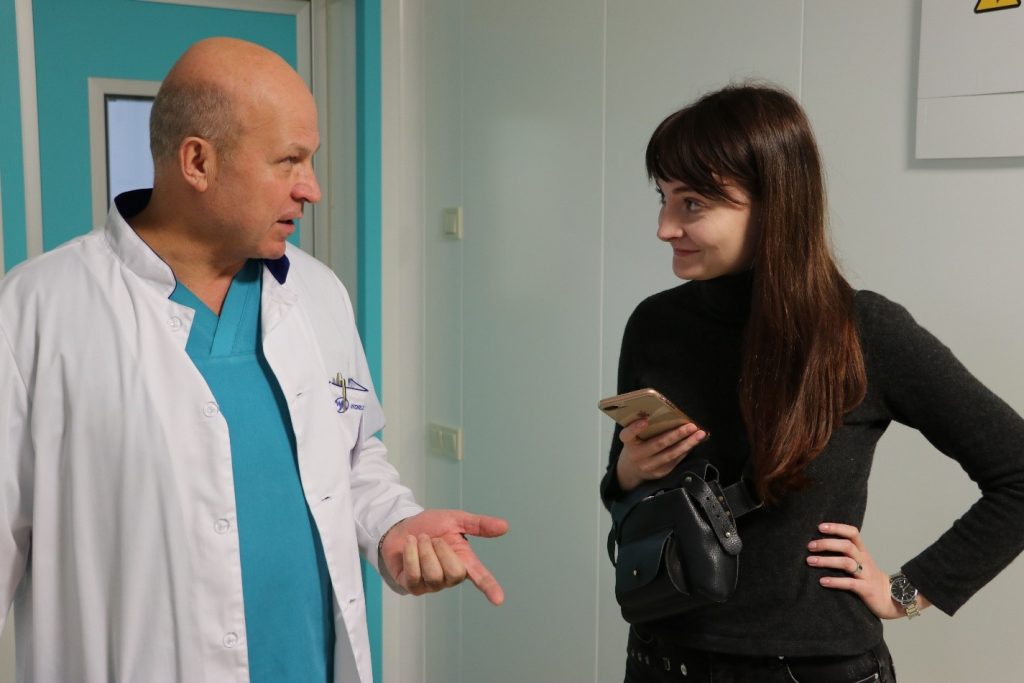 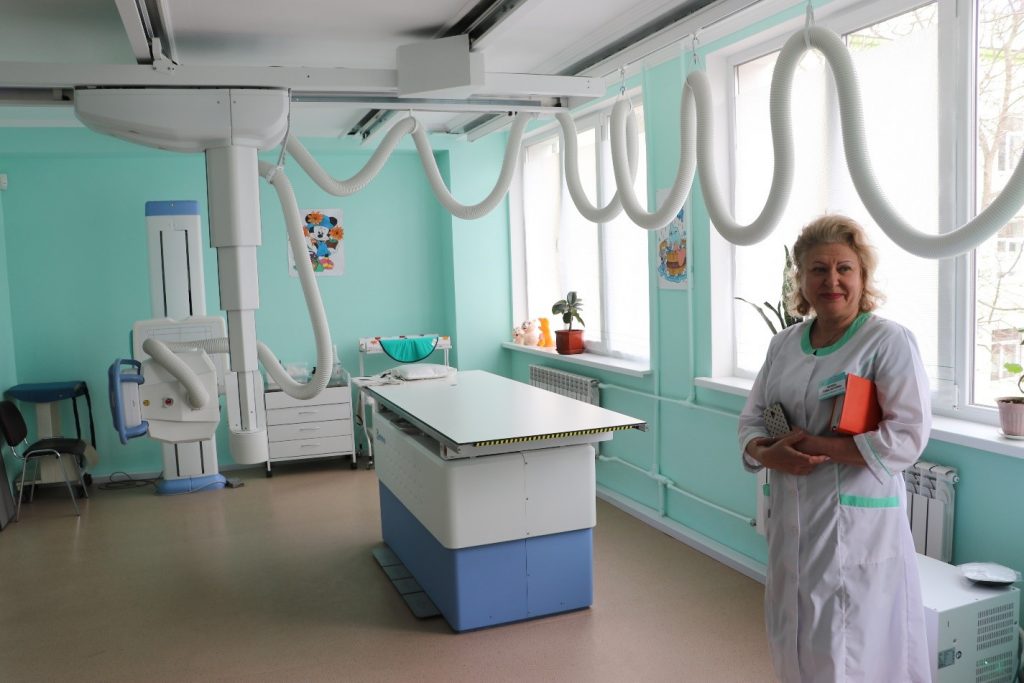 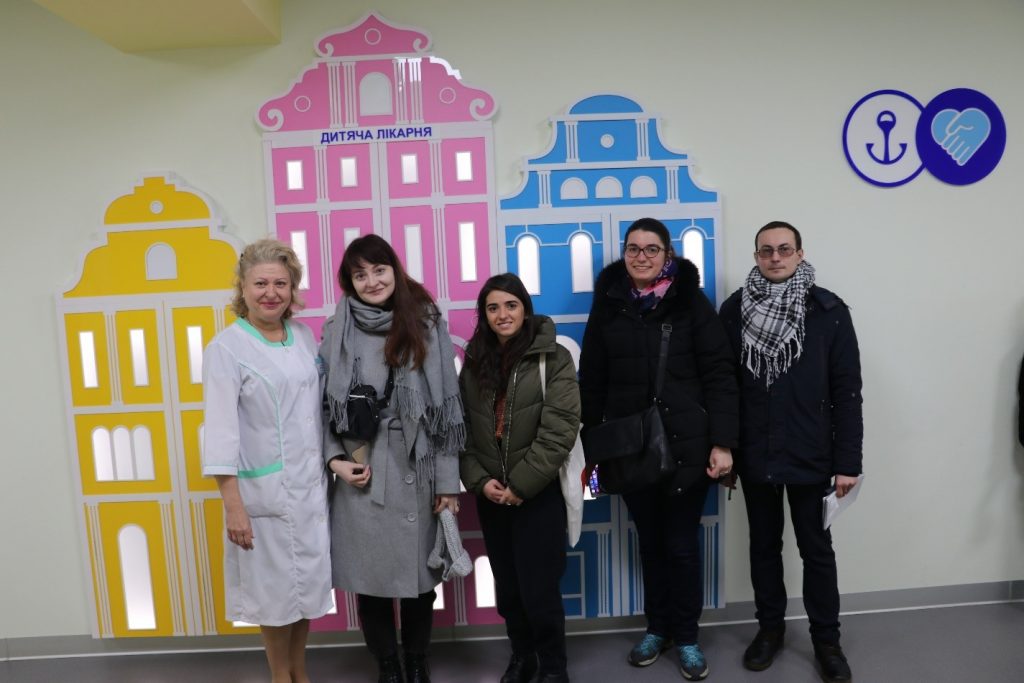 Later on, the journalists visited a dormitory for the IDPs. This is a block-of-flats building already equipped with furniture and elements necessary for people with disability or the elderly. A dorm manager told us the flats are freely given to high-quality specialists who were forced to move from the occupied regions to Mariupol. 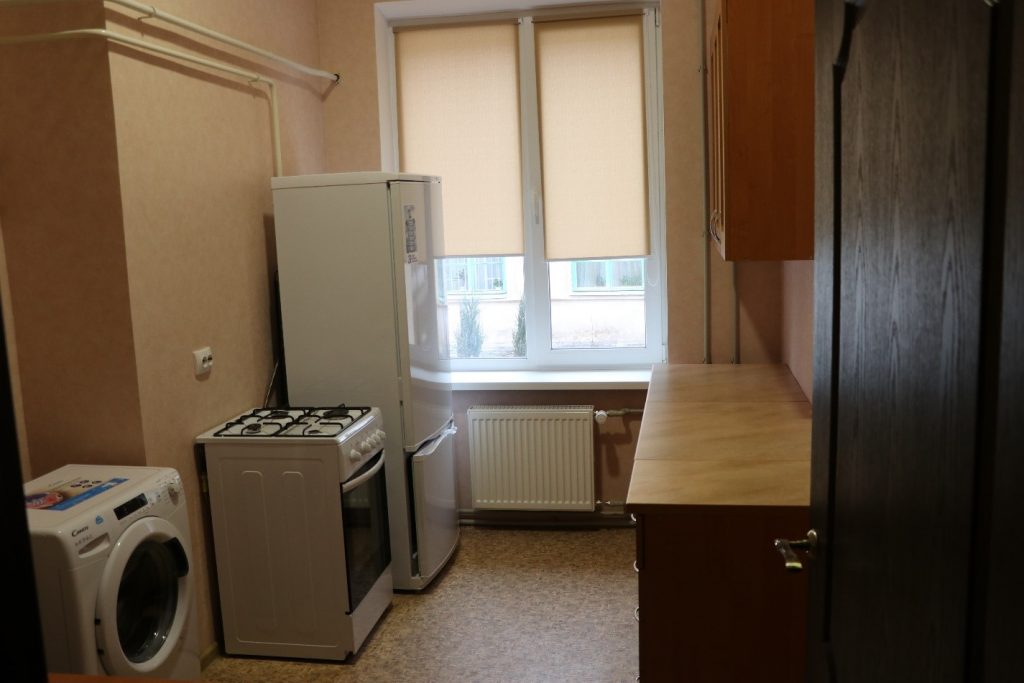 On the next day we spoke to Serhii Orlov, deputy mayor on activities of local executive bodies, in the building of Mariupol Municipal Council. The speaker told about strategy of town development till 2021, implementation of social programs for citizens and internally displaced people, level of citizens’ satisfaction with comfortable life in the town. 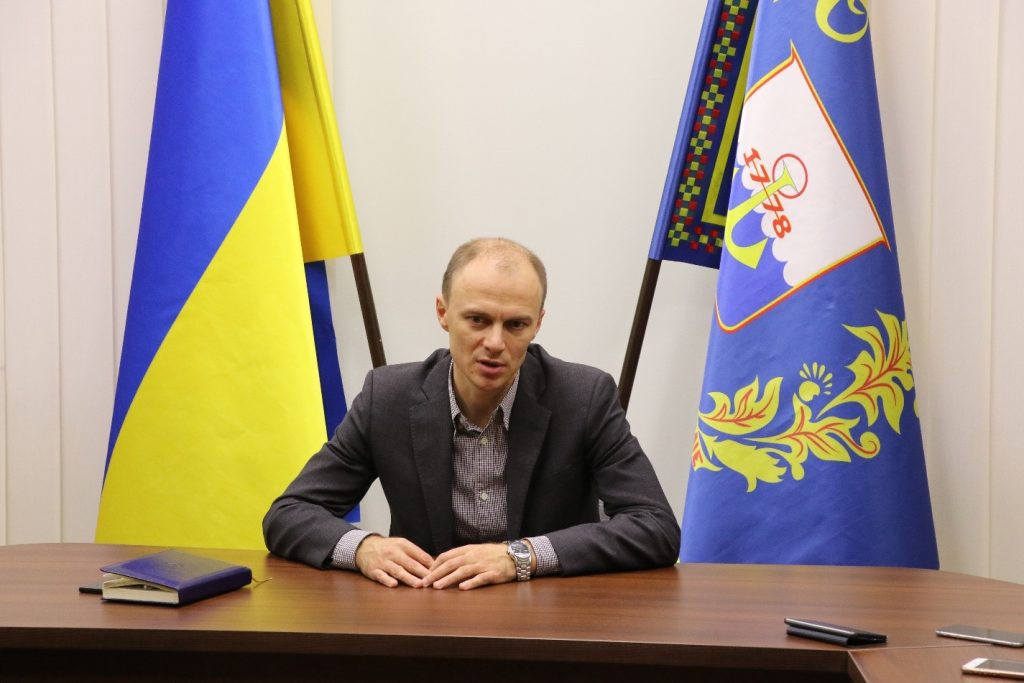 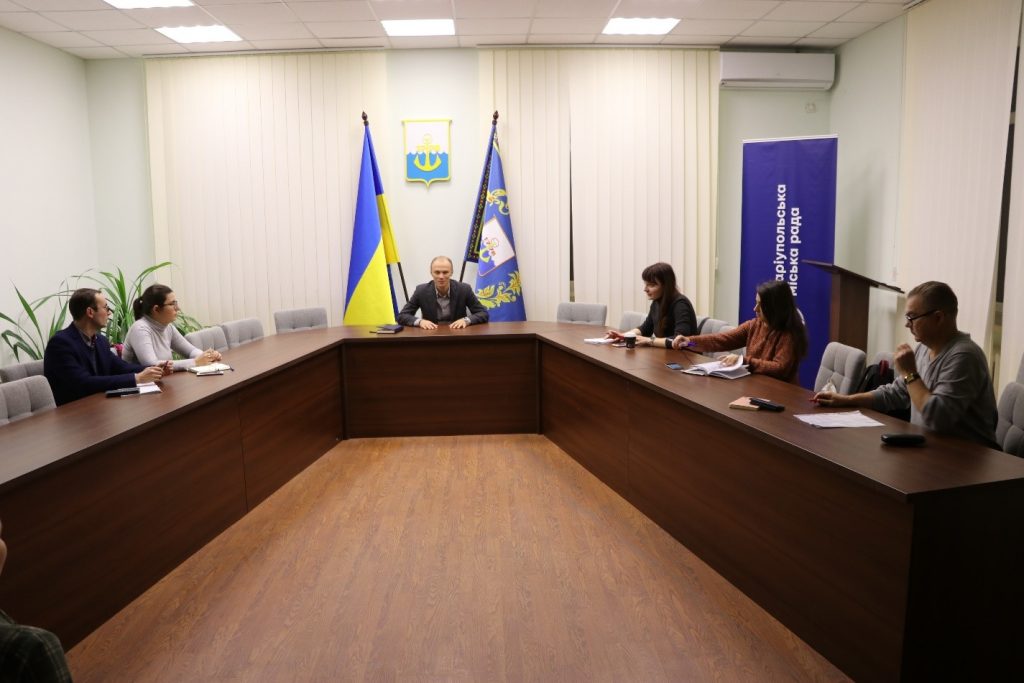