Home Publications History of Crimea in the 1st half of the XXth century. Essays. Tutorial (Grade 10) 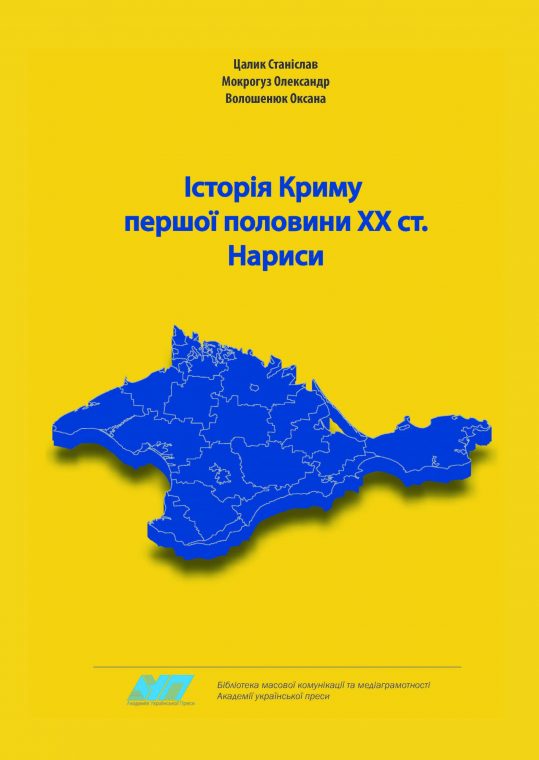 The first of a series of arguments used by Russia to justify its occupation of Crimea is that the peninsula was allegedly part of ethnic “Slavic lands.” This manual contains materials for history and civic education (grade 10) and shows how the purposeful policy of the Russian Empire and the USSR was conducted in order to create unfavorable conditions for the Crimean Tatar population and, vice versa, favorable for the Russians. The textbook contains a number of tests to develop skills in checking information sources, including visual ones, and critical thinking. The author’s team brought together the well-known historian and essayist Stanislav Tsalyk and the experts of the Academy of the Ukrainian Press.

This publication is available only as an e-book

The development of this manual was made possible by the financial support of the United States Agency for International Development (USAID) in the framework of the Media Program in Ukraine project implemented by the international organization Internews. This program strengthens the Ukrainian media and expands access to quality information. The contents are the sole responsibility of the Academy Of Ukrainian Press and do not necessarily represent the views of USAID, the US Government or Internews.