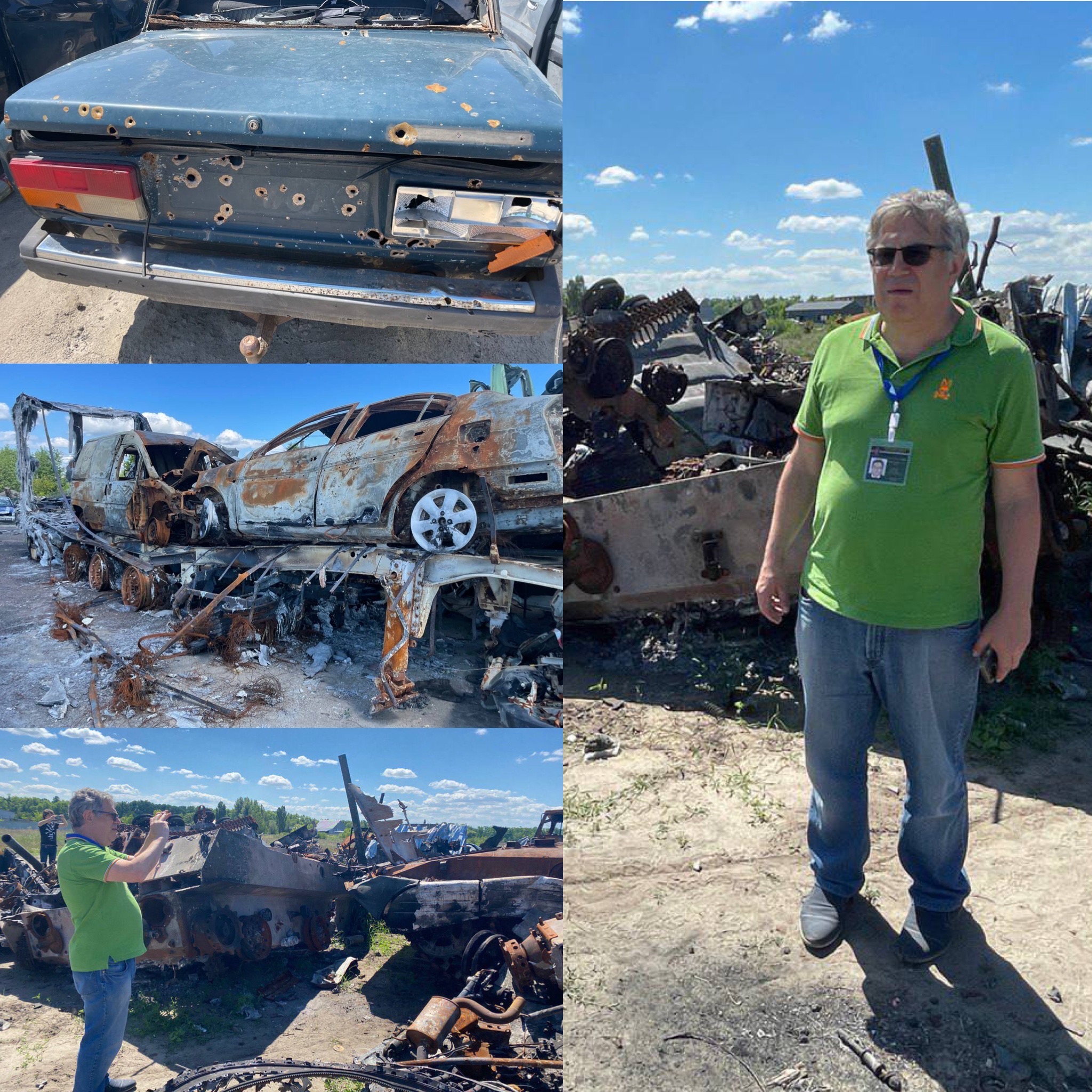 Irpin, Bucha, Gostomel, Borodyanka – a tour of foreign journalists from five countries (Portugal, Rumania, Georgia, Bulgaria, Montenegro) is taking place, The event is organized by the Academy of Ukrainian Press within the framework of the international project “Reporting tours to Ukraine”.

The world needs to know what is really happening in Ukraine during the Russian aggression,” says AUP President Valeriy Ivanov. – We should not believe the Russian propaganda, we should come and see for ourselves what Ukrainian cities have turned into after the visit of the “liberators”.

– Journalists visited the hoard of cars in which children and women were shot dead by the occupants when they tried to evacuate.
– The bridge to Irpen was destroyed, which stopped the advance of Russian tanks.
– They talked to eyewitnesses of the Russian occupants’ violations and talked about humanitarian aspects of local authorities’ work. 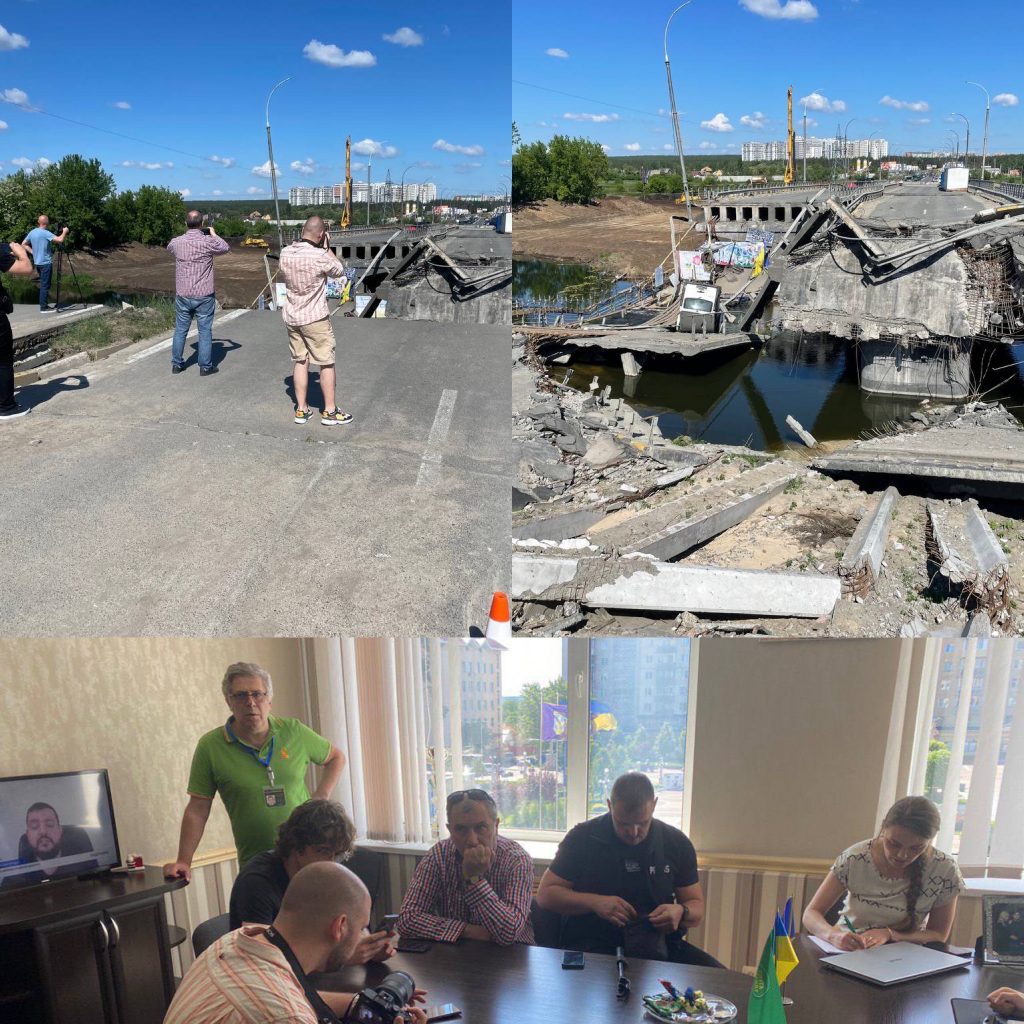 Publications on Ukraine in the framework of the project “Presturies for Foreign Journalists to Ukraine” regularly appear in foreign media (close to two hundred publications as of May, including photos in the influential US publications The New York Times and The Washington Post).

The aim of the project is to increase the number and quality of journalistic coverage of war and events in Ukraine by foreign media, while avoiding reports from unreported sources.