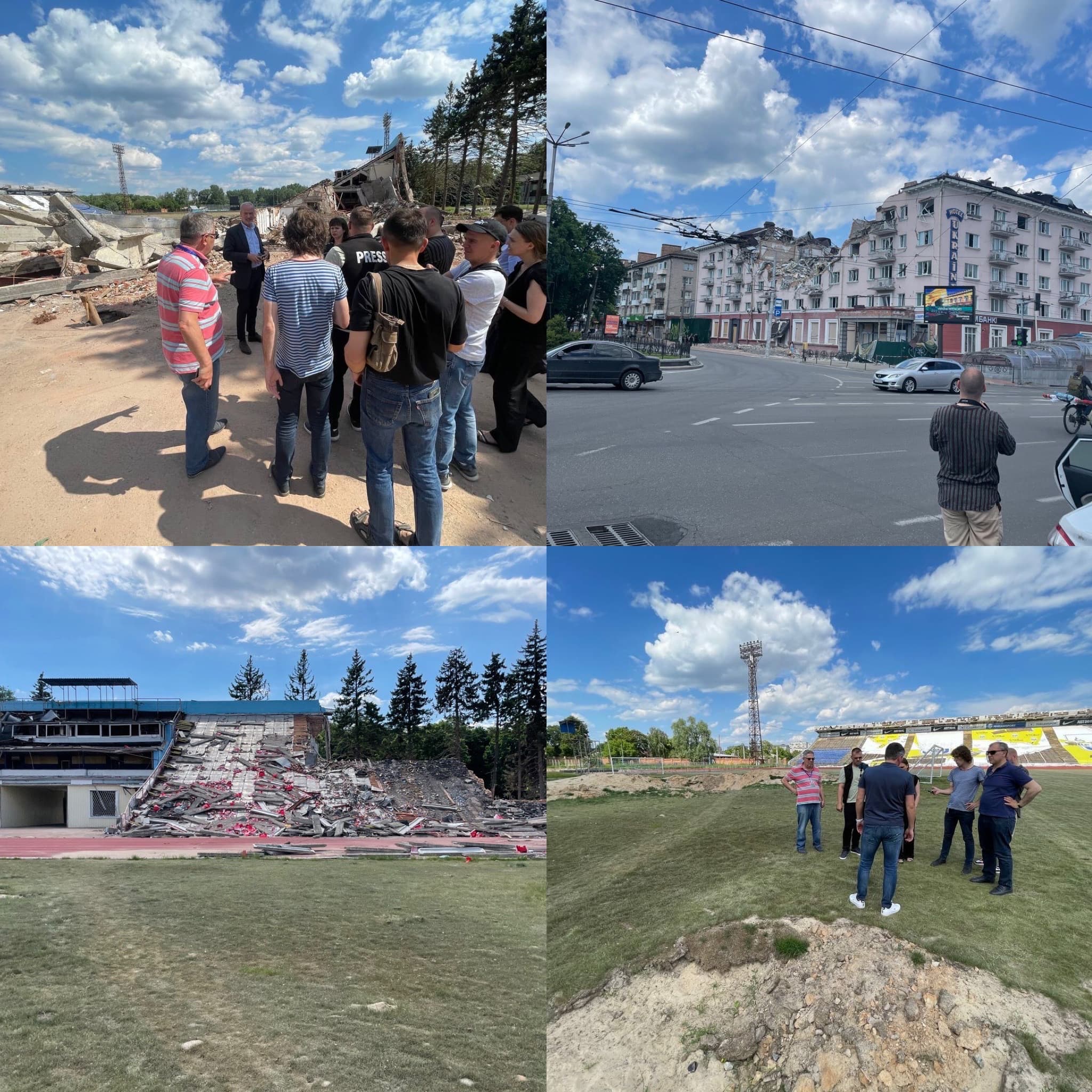 The destroyed centre of the city of Chernihiv and the remains of the city’s stadium are among the locations documented by foreign journalists from five countries (Portugal, Rumania, Georgia, Bulgaria, The journalists from five countries (Portugal, Romania, Georgia, Bulgaria, and Montenegro) participated in the press-tour organized by the Academy of Ukrainian Press within the framework of the international project “Reporting Tours to Ukraine”.)

“Journalists themselves are convinced that the targets of the occupying forces do not include military facilities”, says Valeriy Ivanov, President of the AUP. – Russian troops are targeting civilian infrastructure and civilian disctircs. The city has survived only because of the courage of its defenders.

Publications on Ukraine in the framework of the project “Presturies for Foreign Journalists to Ukraine” are regularly posted in foreign media (close to two hundred publications as of May, including photos in the influential U.S. publications The New York Times and The Washington Post).

The project aims to increase the number and quality of journalistic coverage of war and events in Ukraine by foreign media, as well as to avoid reporting from unverified sources.