Home News HE comes back again: the only one of a kind – content analysis of Ukrainian media? 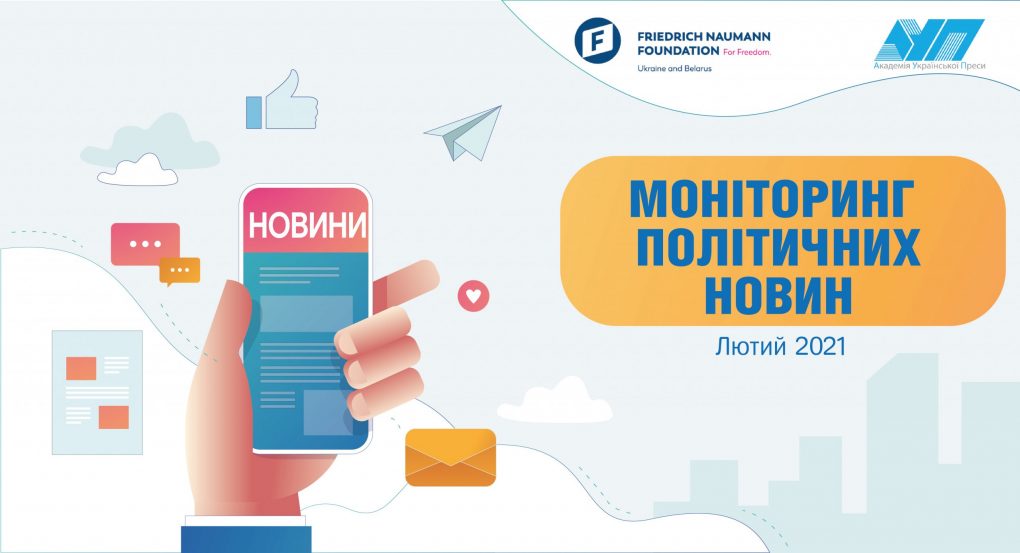 The Academy of Ukrainian Press with the participation of scientists from the Institute of Sociology of the National Academy of Sciences of Ukraine and with the support of the Friedrich Naumann Foundation in Ukraine and Belarussia conducted the research by content analysis of seven leading televission channels (19:00-23:00) – Inter », « 1 + 1 », « Ukraine », STB, ICTV, UA: First and 5th channel.

In the second half of 2019 the political landscape of the country was almost completely renewed: other political  parties, factions, deputies of the Verkhovna Rada, the executive and personalities in public space.

The Verkhovna Rada is structured differently: the mono-majority (Servant of the People), the democratic opposition (Fatherland, European Solidarity, Voice), the opposition (OPZZH), parliamentary groups and non-party groups that vote on the situation.

Compared to February 2019 news became more Ukraine-centric: the share of all other news about Ukraine in the news flow increased by 11% – from 34% to 45%. The share of health reports has increased 1.5 times from 13% to 19%. New stories related to COVID-19 make up 24% of the total. The topic of reforms in Ukraine was practically not discussed. Attention to the topic of corruption has decreased 2 times (4 times compared to March 2019). The attention to the Armed Forces among the participants of the war in Donbass decreased (8% vs. 12%). The proportions of attention to political parties, individuals and institutions have changed insignificantly: 1: 2.4: 5 in 2021 and 1: 2.1: 3.9 in February 2019. The difference in the political preferences of the news programs of the channels and in the subject of the messages is steadily reproduced.

The topic of vaccination of the population (main and additional) is mentioned on average in 7% of reports. Most often on the First channel (10%), Inter and 5th (9%). The tone of reports is mostly conflicting (58%). The stories about the dynamics of morbidity the largest share (28%) of the negative context of the discussion. Among the vaccines mentioned are mainly Pfizer / BioNTech and AstraZeneca (3%). They are often evaluated positively (5% and 8%), but the AstraZeneca is doubtful. Russian Sputnik V is mentioned singly.

The government and ministers are the main responsible for the supply of vaccines, mentioned most often – 3%. The positive is present in the evaluations of the Covax vaccine supply program (12%). In the assessments of the government and ministers, a significant share of questionable and negative assessments (38%), this also applies to companies responsible for the delivery of vaccines to Ukraine (25%). Among the specific events in the news of the week, crime, road accidents, fires – 13%, the consequences of snowdrifts – 10%, anniversaries of Maidan, the war in the East and statistics on coronavirus – 9%.

In the presentation of scandalous or ambiguous events the share of messages from several points of view increases. For istance, “Customs clearance of cars with Euro number ” – 67%, “On service in the Ukrainian language” – 67%, “Situation on the energy market of Ukraine” – 50%.

To download the FULL version of the survey results.