Home News ‘SERVANT OF THE PEOPLE’ PARTY LEADER: ‘LAW INSTEAD OF NEW RESTRICTIONS IN A MEDIA ENVIRONMENT’ 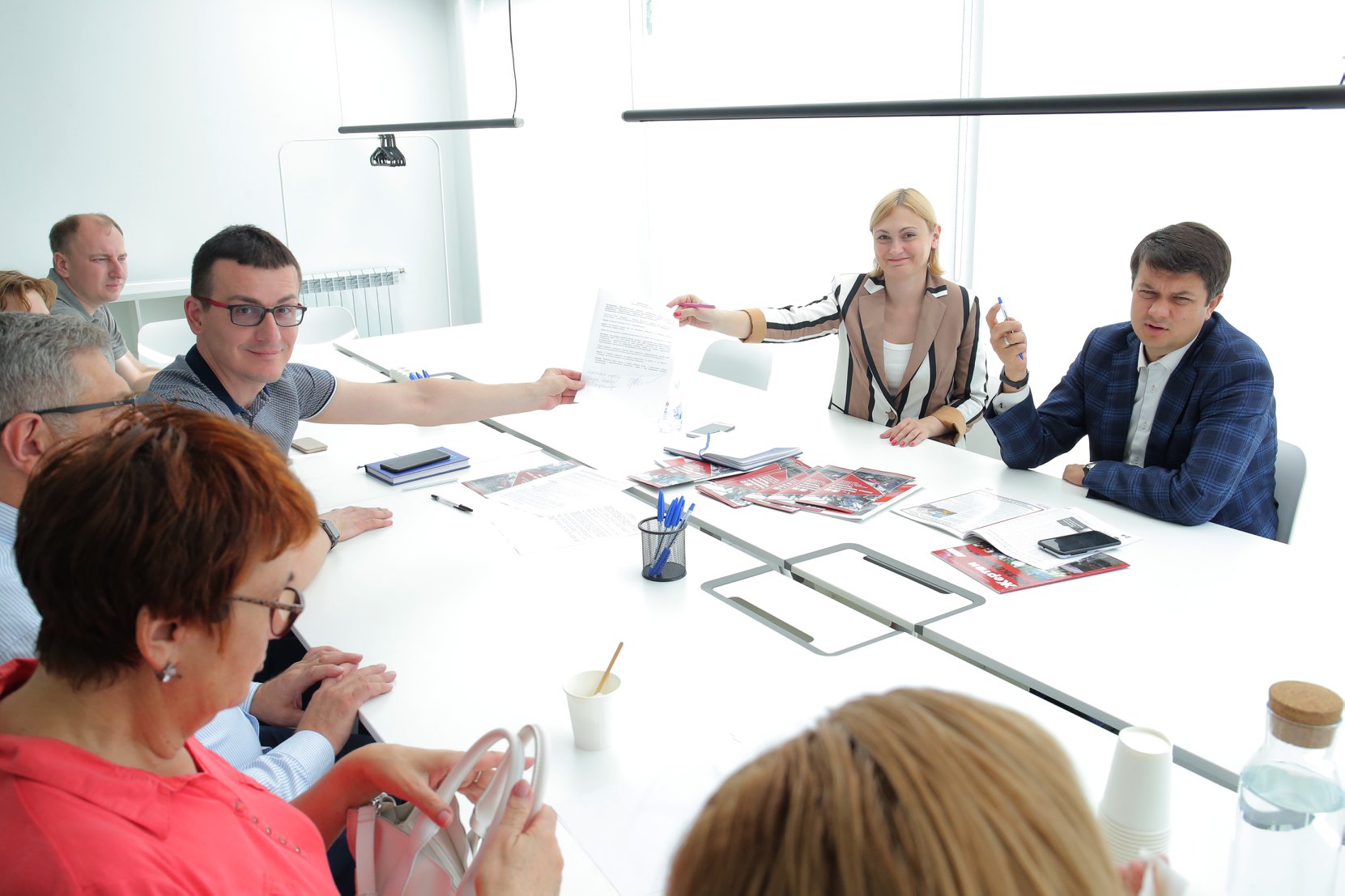 ‘SERVANT OF THE PEOPLE’ PARTY LEADER: ‘LAW INSTEAD OF NEW RESTRICTIONS IN A MEDIA ENVIRONMENT’

The politicians, instead of dividing journalists and voters, should by their actions assist to consolidation of the whole society. This was considered as an issue on Thursday during the meeting of ‘Servant of the People’ party leadership with the representatives of the National Union of Journalists. Dmytro Razumkov, the party leader and Yevheniia Kravchuk, a candidate for Parliament supported the provisions of the Declaration on Freedom of Speech Protection, that was introduced by the National Union of Journalists, and signed the text of Declaration. 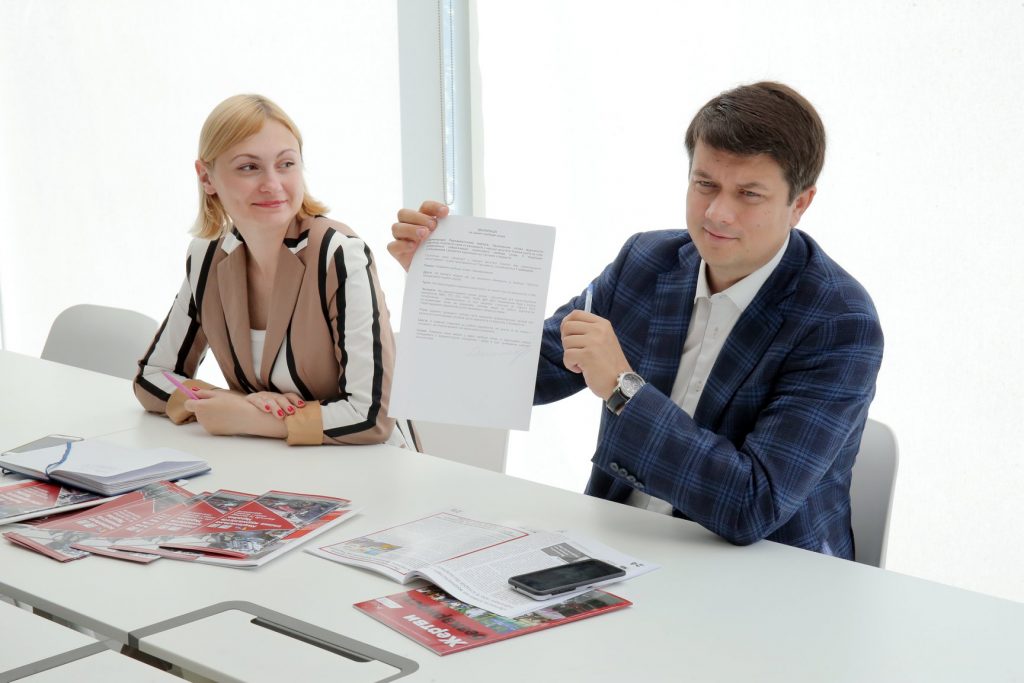 ‘Social polarization in the country which is involved in a war is not the way. We will resist this. We are
open enough to all media and ready for communication’, emphasized Dmytro Razumkov. 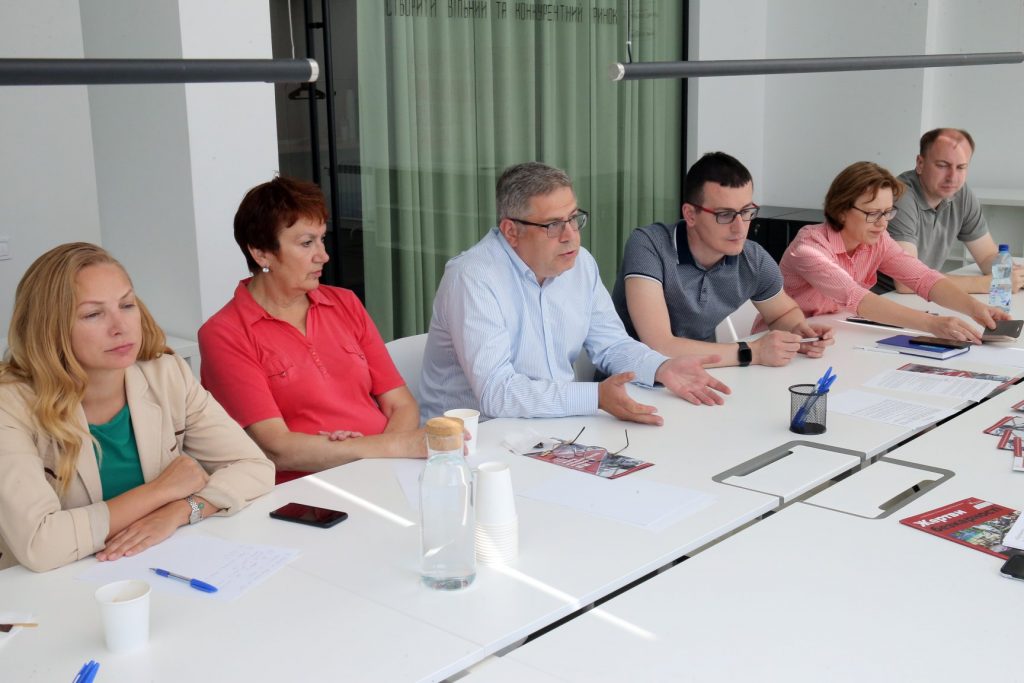 ‘Cooperation of the government, journalism community and society should be held on a legal basis; not in
a targeted way, and not by means of restrictions (e.g. being against a particular TV channel or an editorial
office considered to be not loyal to the government)…Of course, there must be national security that is
currently raising concerns. However, all regulations should be done not after a phone call from the
governmental office, but law enforcement bodies should deal with the violations and give a proof’,
commented Dmytro Razumkov.

Very soon we will be holding the meeting with the participation of working committee, ‘Servant of the
People’ party, on media politics; as well as security and defense group, the Presidential Office
representatives and media organizations for an open discussion on issues existing in media environment.

‘The Parliament of current convocation made several attempts to introduce the laws restricting the
freedom of speech, for example, it endeavored to adopt the legislation on “slender” criminalizing, or
blocking websites without the court’s decision. Therefore, it is important to explain the idea of ultimate
protection of freedom of speech and struggle with a systematic impunity for attacks on journalists to the
future MPs’, – emphasized Serhii Tomilenko, Head of the National Union of Journalists.

The National Union of Journalists in partnership with Ukrainian journalists and the European Federation of Journalists elaborated the Declaration on Freedom of Speech Protection. The document is offered to sign up by all political movements and candidates for Parliament taking part in the Elections to Verkhovna Rada of Ukraine. Apart from ‘Servant of the People’ party, public responsibilities to protect the freedom of speech gave the following political parties: ‘Batkivshchyna’ (“Motherland”), ‘Holos’ (“Voice”), ‘Samopomich’ (“Self-Care”), ‘Hromadianska Pozytsiia’ (“Citizenship”), ‘Syla I Chest’ (“Power and Honor”), ‘Svoboda’ (“Freedom”), ‘Ukrainian Strategy of V. Groisman’. 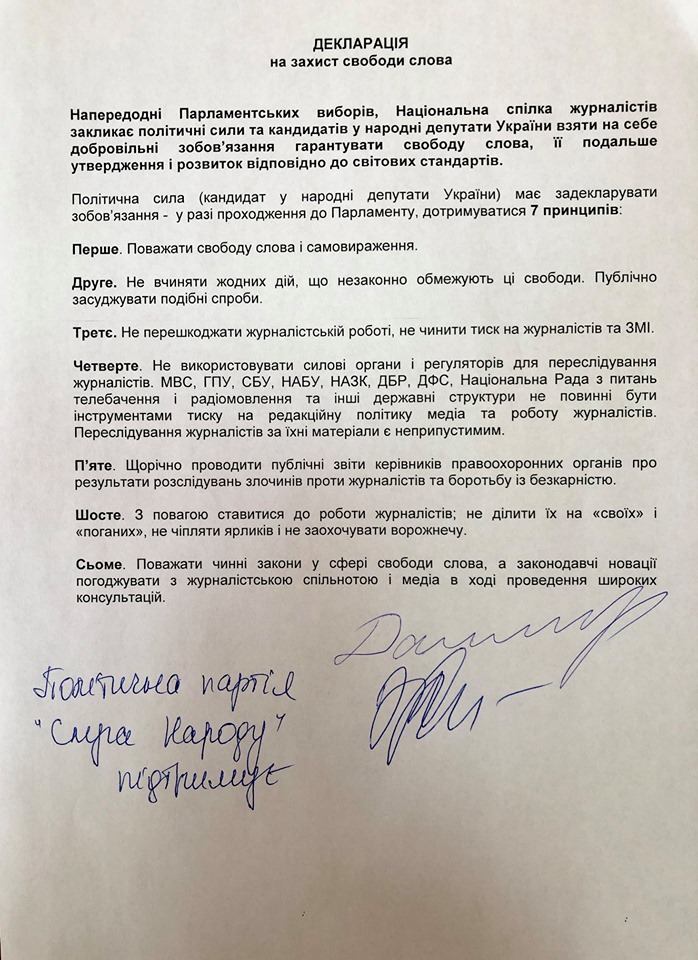 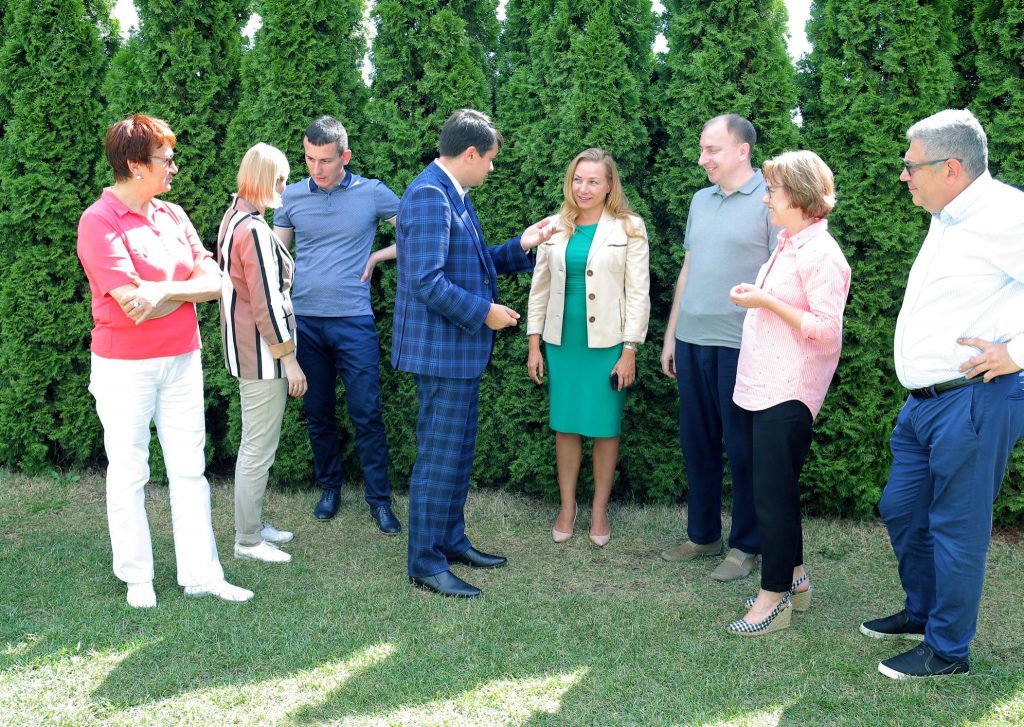